Texans can now register to vote when updating driver’s license

Biden vs Trump: Round One

A few thoughts on the NYT's Trump tax return report

Analysis: Keep calm and vote on

Why the Electoral College is important

Barrett will be difficult to vilify as bad for women

Can the Democrats stop Barrett?

Barrett on Scalia: His judicial philosophy is mine

And the battle begins

Ginsburg becomes first woman to lie in state in the Capitol 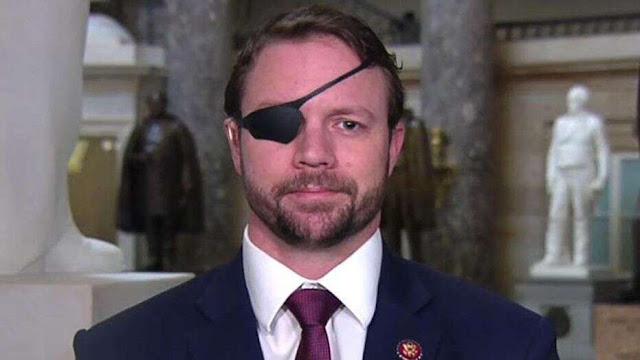 Democrats hoping to turn Texas blue see a tempting — if formidable — target in freshman Rep. Dan Crenshaw (R).
Crenshaw’s seat is one of several in Texas Democrats are contesting this cycle, and the party is bullish that the 2nd District — and the state at large — are in play. But while several other Democratic House contenders are either competing for open seats or in districts with lesser-known incumbents, the party could face headwinds trying to unseat a rising GOP star in Crenshaw, who has been cast as a future Republican thought leader.
On paper, the 2nd District is similar to other areas where Democrats saw massive gains in the 2018 midterms. It has a high number of college graduates, it includes parts of a major city — Houston — and the surrounding suburbs and about 44 percent of adults there are either Black or Hispanic, two demographics that lean Democratic.
But in 2018, as Democrats captured the House, they lost an open race to Crenshaw by more than 7 points. And the former Na…