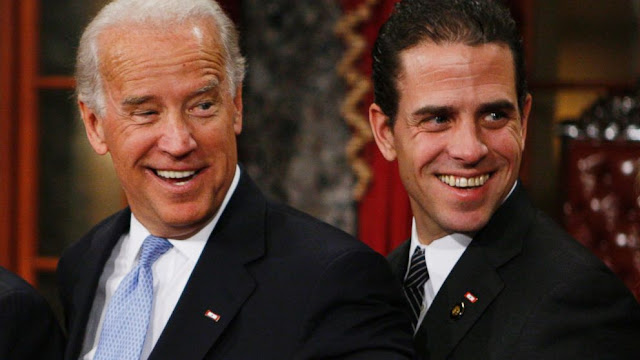 Nothing says “I’m innocent” like the Bidens spending $265,000 of your money on staff to deflect questions about their guilt.
According to a report from The New York Post, the White House is preparing for the GOP onslaught of Hunter Biden probes, subpoenas, and hearings by hiring a team to manage the communications strictly for all things First Son related.
The job will likely end up being bigger than White House press sec Karine Jean-Pierre.
“In May, the White House poached Richard A. Sauber, the top attorney for the Department of Veterans Affairs, to serve as a ‘deputy counsel to the president’ tasked with handling House oversight probes,” NYP reports. “Ian Sams, a veteran of Vice President Harris’ failed 2020 presidential campaign, was hired to run official comms for the team. White House records show the two men will take home $155,000 and $110,000 respectively.”
“As we have since the transition, we are ensuring the White House is prepared for the issues we are facing or will face in the future, and we have built and continue to build a strong legal team to conduct our work and serve the public and the President,” Sams said in a statement, making it sound like this is all par for the course.
But it’s not —the GOP will be gunning for Hunter. House Oversight Committee ranking member Rep. James Comer (R-KY) has sent letters to banks and the Treasury Department requesting financial records related to the president’s son and his business associates, as first reported by the Wall Street Journal.
“We’re definitely laying the groundwork to come out of the gate in January,” said Comer.
“Mr. Comer said his probe would look at what the president’s son has done since President Biden took office in January 2021, specifically with the undisclosed buyers of Hunter Biden’s art and Hunter Biden’s work in 2017 to help CEFC China Energy Co., a now-defunct Shanghai energy and financial business that pursued projects around the world. Sens. Chuck Grassley (R., Iowa) and Johnson recently released bank records tracking these transactions,” WSJ reports.
“Americans deserve transparency from President Biden about his family’s suspicious business dealings. But instead of providing transparency, the White House is hiring staff at the American taxpayers’ expense to stonewall congressional oversight and accountability.” said Rep. James Comer (R-Ky.), who is on track to chair the House Oversight Committee next year if Republicans retake the House.
“Let’s be clear: no amount of Biden White House staff or stonewalling will stop Republicans’ quest for transparency and accountability on behalf of the American people,” he added.
Posted by High Plains Pundit on October 12, 2022
Email ThisBlogThis!Share to TwitterShare to FacebookShare to Pinterest
Tags: National