Trump to launch swing-state blitz ahead of midterms 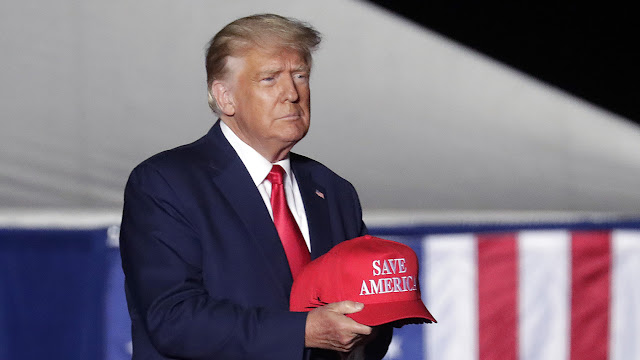 Former President Trump announced on Wednesday a slew of political rallies in swing states for candidates he endorsed as November’s midterm elections inch closer.
In separate news releases through his Save America PAC, the former president shared that he will hold a series of rallies in the battleground states of Florida, Pennsylvania, Ohio and Iowa in the span of five days.
Trump will travel to campaign for Republican candidates he has publicly endorsed, including Pennsylvania Senate Candidate Mehmet Oz, Pennsylvania gubernatorial candidate Doug Mastriano, Sen. Marco Rubio (Fla.), Ohio Senate candidate J.D. Vance, Iowa Gov. Kim Reynolds and Sen. Chuck Grassley (Iowa).
Capitalizing on the growing inflation concerns, the Save America PAC claimed that Trump’s visit “comes on the heels of record-setting 40-year high inflation in the Buckeye State.” The statement announcing the former president’s Ohio trip also said nearly 70 percent of the state’s residents agree that President Biden is leading the country “in the wrong direction.”
Trump’s planned visit to Florida will not include Gov. Ron DeSantis (R), who is running for a second term as governor against Democratic challenger Charlie Crist.
DeSantis, a former U.S. congressman, has been rumored lately to be considering a 2024 presidential run, following recent polls that have billed him and Trump as the two potential favorites for the for a Republican nomination.
The latest rally blitz comes two weeks before November’s midterm elections, as both Democrats and Republicans look to gain majority control of the House and Senate chambers and flip party alignments in gubernatorial races throughout key battleground states.
Trump, who faces a slew of legal battles, as well as a federal investigation against him and his company, alluded to a 2024 White House bid at a rally in Texas on Saturday.
“I ran twice. I won twice,” Trump told the crowd. “I did much better the second time than I did before. … And now, in order to make our country successful, safe and glorious again, I will probably have to do it again,” Trump concluded.
Posted by High Plains Pundit on October 26, 2022
Email ThisBlogThis!Share to TwitterShare to FacebookShare to Pinterest
Tags: National