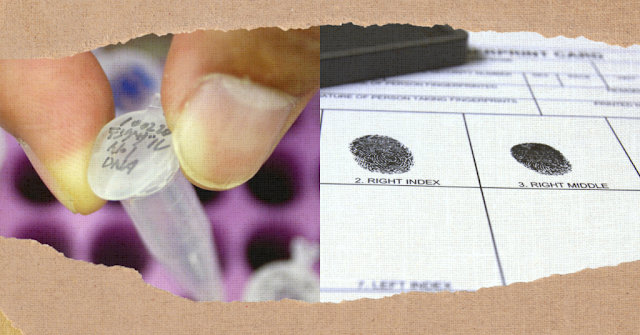 People in Texas are still understandably in shock after the mass school shooting in Uvalde, particularly the parents of school-age students. But a new program that was designed long before the shooting may be offering some new resources to help them out. Unfortunately, it may also serve as a “triggering” mechanism for some who are still dealing with the horror of what took place.
The goal of the program seems simple enough and may indeed prove helpful to both families and law enforcement agencies. The state will be providing home fingerprinting cards and DNA identification documents allowing parents to have such data available to assist police investigations in the event of a crisis.
This may prove invaluable during investigations of missing or trafficked children.
Texas public school systems are set to distribute DNA and fingerprint identification kits for K-8 students to parents who wish to participate.
The state Legislature passed a law in spring 2021 requiring the Texas Education Agency to give inkless in-home fingerprint and DNA identification cards to each public school system in Texas. The kits will be made available at each primary-level campus. The cards are intended to be kept by guardians who can give them to law enforcement in order to potentially help find missing or trafficked children.
In the Houston Independent School District, the largest in the state, kit distribution will begin this week.
As noted, these sorts of records could prove helpful in cases where children go missing for whatever reason and such data is not available. When investigators are collecting evidence at a potential crime scene, fingerprints and DNA may not be immediately useful if they have nothing to match them to. Looked at from that point of view, this was clearly a well-intentioned program and it was put in place long before the Uvalde shooting, so it’s not something that was rushed through in the wake of a tragedy.
But for the families who have already been through the recent disaster at Uvalde, it could stir up other memories or fears as well. Not to put too fine of a point on this, but there’s one other situation where DNA and fingerprint data are required. That would be when officials are trying to identify the bodies. It’s not hard to see how a parent that’s already been through something like we saw at Uvalde might be a bit squeamish.
Despite the potentially upsetting nature of such preparations, this still strikes me as a sound move and only one part of a larger picture in terms of bolstering school security around the country. Tighter security measures (functional locking doors, school police officers on duty, and better background checks for employees) are required all across the country. Greater parental participation in all aspects of the educational process needs to be encouraged as well. Parents may spot inadequacies or opportunities where administrators may not.
It’s unfortunate that we live in a society where such precautions are required, but that’s simply the way of the world. There is a seemingly endless supply of crazy people out there and far too many criminals who are still able to obtain weapons on the black market or through illegal straw purchases. And if the maniac doesn’t have access to a gun, knives and blunt objects can do nearly as much damage in the hands of a determined attacker.
More than anything else, the monsters who attack schools generally seem to do so because they are “soft targets.” Gun-free zones full of defenseless children are no doubt a temptation to those looking to cause mayhem. Make the potential attackers fear for their own lives if they go after a school. Many of them will absolutely turn around and look elsewhere if they are faced with a stiff and potentially deadly defensive line.
Posted by High Plains Pundit on October 18, 2022
Email ThisBlogThis!Share to TwitterShare to FacebookShare to Pinterest
Tags: Texas