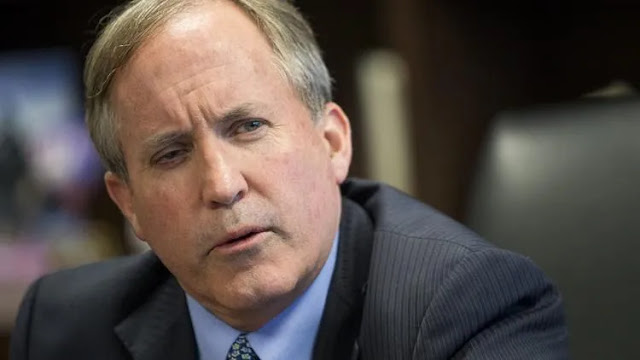 In his time as Texas attorney general, Ken Paxton has been embroiled in several legal issues. As he seeks his third term in office this November, those issues are frequently highlighted by his political opponents.
As the state’s chief legal officer, Paxton is responsible for defending Texas by providing legal representation to the state.
But his Democratic opponent, Rochelle Garza, says Paxton continually finds himself under investigation.
Paxton did not respond to a request for comment.
Here’s where Paxton’s legal battles stand ahead of the November election. Early voting begins Oct. 24. Election Day is Nov. 8.
Paid solicitation
Paxton was accused in 2014 of paying, three years prior as a state representative, to solicit clients for an investment firm without notifying potential investors that he would be compensated. He was also not registered with a state board to do so.
He eventually paid a $1,000 civil fine, but the infraction led him to also be indicted on two counts of securities fraud and charged for not registering with the state securities board.
If convicted, Paxton faces five to 99 years in prison for each of the fraud charges and two to 10 years for failing to register. He would also likely lose his law license.
The case has been postponed over the years due to issues such as Hurricane Harvey and the COVID-19 pandemic. It isn’t expected to see movement again until after the November election.
Bribery accusations
In 2020, seven top aides in Paxton’s office asked federal law enforcement to investigate Paxton, alleging crimes of bribery and abuse of office.
The aides allege that Paxton used his office to help a top donor and real estate investor in foreclosure sales and pull in an outside review of a separate lawsuit the individual was involved in. In exchange, the individual allegedly helped Paxton with a home remodel and employed someone he knew, the aides said.
They said they faced retaliation and intimidation after making the allegations, and they filed a lawsuit against Paxton.
An internal investigation into the claims cleared Paxton of any wrongdoing. The FBI has filed at least one subpoena for records related to the investigation.
No criminal charges have been filed against Paxton in this case.
Overturning the election
Following the 2020 election loss of former President Donald Trump, Paxton led efforts to overturn the presidential results in four swing states — Georgia, Pennsylvania, Michigan and Wisconsin — that ultimately went to President Joe Biden.
The case was thrown out by the U.S. Supreme Court. The Texas Bar Association later sued Paxton for professional misconduct.
Paxton’s aide, Brent Webster, was also sued by the bar for his role in attempting to overturn the election, but a district judge in September threw out the misconduct case.
Skirted subpoena
Several abortion funds are suing the state in an effort to continue to finance Texans seeking abortions in states where it is legal. Attorneys working on behalf of the abortion funds have asked Paxton to testify in court and issued two subpoenas — one in his official capacity and another in his personal capacity.
A courier said recently in a sworn affidavit that he was told upon reaching Paxton’s home that Paxton was busy. After an hour passed, Paxton and his wife, state Sen. Angela Paxton, drove off as the courier approached the vehicle with the documents and identified himself, he said in the affidavit.
Paxton said he did not know he was being served or who the courier was, adding that he left for fear of his personal safety.
A federal judge has ordered Paxton to testify in the lawsuit. Lawyers for the organizations and the attorney general’s office are to determine when and in what capacity Paxton will appear.
Posted by High Plains Pundit on October 28, 2022
Email ThisBlogThis!Share to TwitterShare to FacebookShare to Pinterest
Tags: Texas