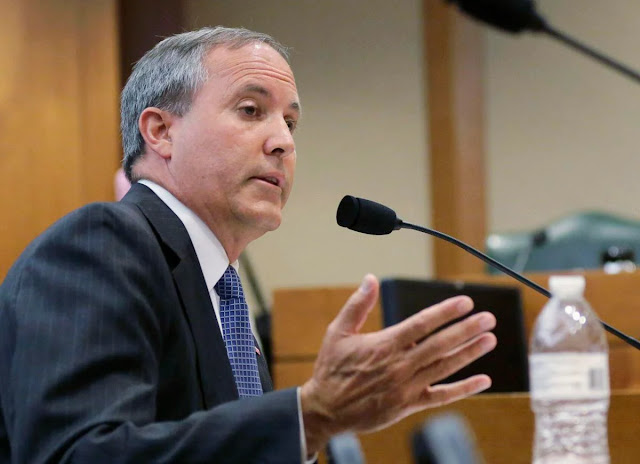 By Bethany Blankley
The Fifth Circuit Court of Appeals has handed Texas another win, this time on the issue of election integrity.
A panel of three judges sided with Texas Attorney General Ken Paxton and Secretary of State John Scott after several groups sued Scott wanting his office to provide them with personal information about non-U.S. citizens who’d allegedly registered to vote in Texas.
Scott’s office had compared voter registration information with citizenship information to determine if only U.S. citizens were voting in Texas elections in compliance with state law.
If his office were to find that a non-citizen registered to vote, local officials would then initiate a multi-step process to begin an investigation. If, during the process, evidence of criminal conduct related to elections were found, the Attorney General’s office would be informed.
In an effort to thwart this process, several organizations requested that Scott’s office provide them with substantial amounts of nonpublic voter information, including the names and voter identification numbers of noncitizens who were suspected to have registered to vote in Texas. His office refused to give them the information, the groups sued, and a district court required his office to comply with their request.
The lawsuit was preceded by one filed in 2019 over the state implementing its voter roll maintenance program. Texas settled the case with a condition that the Secretary of State’s Office may “obtain potential non-U.S. citizen data from DPS on a weekly basis,” but could only flag “the records of voters whose effective date of voter registration is prior to, or no more than 30 calendar days after, the issuance date of the voter’s current driver’s license or personal identification card for which he or she proved lawful presence but not U.S. citizenship.”
In this case, Scott’s office had begun matching DPS data against voter registration rolls on a weekly basis and planned to notify county election officials of voters identified as potential non-citizens. In an August 2021 letter to county officials, his office identified 11,197 registered voters as potential non-citizens. In a September 2021 letter, his office had identified another 49 potential non-citizens during the first three weeks of updates.
The plaintiffs received copies of the letters, the court notes, stating it was “unclear why Plaintiffs received the letters because none was a party to the 2019 settlement.”
Since then, as of January 14, 2022, 278 of the flagged voters had been confirmed as non-citizens; the status of the remaining flagged voters remains unknown.
Paxton’s office defended Scott in court “in order to protect the integrity of this ongoing investigation process, the security of Texas elections, and the privacy of lawful Texas voters.”
The lower court had ruled the plaintiffs could receive the private voter data under the National Voter Registration Act of 1993. But the Fifth Circuit overruled that decision on Sept. 29, siding with Scott and Paxton.
The court agreed with Paxton’s lead argument on appeal, which was that the plaintiffs had no standing to request the private information, hadn’t established they were an injured party, and offered no meaningful evidence regarding consequences from an alleged injury under the law.
Writing for the judges, Circuit Judge Edith Jones wrote, “not a single Plaintiff is a Texas voter, much less a voter wrongfully identified as ineligible, and the Plaintiffs have not claimed organizational standing on behalf of any Texas voter members. They cannot and do not ‘claim standing on behalf of any voter whose data is likely to be [mishandled].’”
The Fifth Circuit effectively ended the lawsuit by ordering the lower court to dismiss the case. It ruled, “Reversing the district court, we hold that the organizations constituting the Plaintiffs lack standing to bring their claim under the National Voter Registration Act of 1993. Consequently, we Reverse and Remand with instructions to Dismiss.”
Posted by High Plains Pundit on October 08, 2022
Email ThisBlogThis!Share to TwitterShare to FacebookShare to Pinterest
Tags: Texas