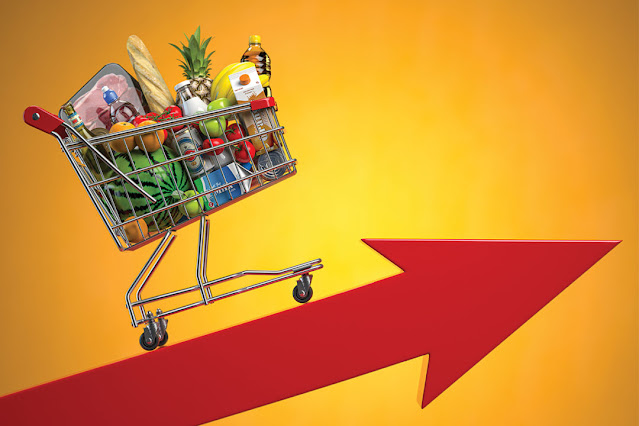 President Biden and Democrats are facing serious political headwinds driven by high inflation, an erratic stock market and deepening recession fears as they attempt to defend their majorities in the House and Senate.
The president banked on a massive economic rebound powering his party to another sweep of Congress two years ago when he launched his ambitious recovery plan, deploying trillions in dollars to support the recovering job market and struggling households.
In late summer, after enduring the scourge of surging prices and a strained supply chain, the president and his party saw a string of economic and policy wins.
Gas prices dropped and Democrats were able to come together and pass a sweeping climate and health care bill. The U.S. has also enjoyed the strongest run of hiring in decades, adding more than 10 million jobs since Biden took office and 3.8 million this year alone.
But the U.S. economic outlook is once again darkening.
The latest inflation report could cost the president and his party dearly, all while deepening the risks facing the US economy.
Consumer prices rose 8.2 percent over the past 12 months and 0.4 percent last month alone, according to consumer price index data released Thursday by the Labor Department.
While the annual inflation rate has steadily fallen since June, rising prices for food, shelter, health care and travel weigh on household budgets.
Retail sales also flattened out in September, according to data released Friday by the Census Bureau, as more Americans pull back their spending amid rapid price growth.
“Inflation is the main factor that is determining how much shoppers are willing to spend. Households are tapping into savings, accessing credit and reducing their savings contributions as they meet higher prices head on,” explained Jack Kleinhenz, chief economist for the National Retail Federation, in a Friday analysis.
The financial squeeze is also straining voters’ faith in Biden and Democrats’ ability to lead the U.S. out of the mire.
Only 28 percent of Americans believe the United States is headed in the right direction, according to a poll conducted by The Economist and YouGov earlier this week.
The poll of 1,500 U.S. citizens found that 41 percent of Democrats, 53 percent of independents and 78 percent of Republicans believe the U.S. is already in a recession, even as the economy has added 420,000 each month on average this year.
“You go to the grocery store and everything is more expensive and quite often more expensive than the last time you were there. It’s hitting families’ budgets, it’s hitting their psyche, and it’s the number one issue on the campaign,” said Doug Heye, a Republican strategist and former spokesman for the Republican National Committee, in a Thursday interview.
“You’re paying more or you’re making choices to not spend that money. And that’s every day. Nothing competes with that,” he added.
Republicans have blamed Biden and Democrats for the rapid inflation facing U.S. households since prices began rising last summer. GOP lawmakers say the $1.9 trillion American Rescue Plan — the sweeping relief bill signed by Biden in March 2021 — is the primary reason Americans are suffering under higher prices.
“Wages are down, prices are up, and Democrats have no one to blame but themselves. Americans know a Republican vote in November is a vote for lower prices and a strong economy,” said Republican National Committee Chairwoman Ronna McDaniel in a Thursday statement.
While most economists believe Biden’s stimulus bill did spur higher inflation, it is far from the only factor driving prices higher. Inflation has been high around the world and Democrats are eager to hold up the strength of the U.S. economy against global counterparts.
Biden and Democratic lawmakers have sought to highlight the swift rebound of the job market and the return to the pre-pandemic jobless rate of 3.5 percent, then a 51-year low. Democrats are also trying to rally support with the recently enacted Inflation Reduction Act, a bill intended to lower prescription, health care and energy prices.
“The challenge for candidates is going to be finding the one, two, or three things that resonate the most with voters, laying out their impact but also reminding their voters of the comparison to what they are up against in those specific areas and districts,” said Antjuan Seawright, a Democratic strategist, in a Thursday interview.
“Over the next few days, those folks have to be unapologetic about what has been done and in historic fashion,” Seawright said.
Unfortunately for Democrats, inflation has resonated with voters more than the party’s attempts to mitigate it.
Fifty-one percent of respondents to the Economist-YouGov poll said inflation is the most important factor to them when assessing the strength of the economy. Just 15 percent said the unemployment rate was the main way they judge the economy.
And only 12 percent of Democrats, 4 percent of independents and 4 percent of Republicans believe unemployment is more important than inflation.
Seawright said it’s essential for Democrats to highlight their attempts to bring prices down through the Inflation Reduction Act, Biden’s efforts to normalize supply chains and the administration’s attempts to expand energy production. He also said a lack of Republican plan to fight inflation should give Democrats a good foil to win voters to their camps.
“If you compare that to what the Republicans have tried to deny and what they refused to offer in the solution, hopefully that would be a no brainer for voters,” he said.
But Heye countered that Republicans don’t need a solution to win off of concerns about inflation and the economy. He compared the upcoming elections to the 2010 midterms, when Republicans captured control of the House and Senate on the promise to repeal — but not replace — the Affordable Care Act.
“Ultimately in politics, you tend to be rewarded more for identifying problems than offering solutions and given the level of anger that voters have on this, that can be a winning strategy,” he said.
Posted by High Plains Pundit on October 17, 2022
Email ThisBlogThis!Share to TwitterShare to FacebookShare to Pinterest
Tags: National