Did the Democrat nominee for Oklahoma governor violate state laws? 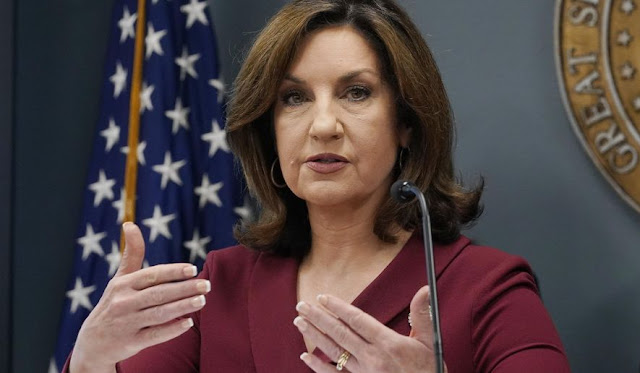 Joy Hofmeister, Oklahoma superintendent of public instruction, is the Democrat nominee for governor. She is challenging incumbent Republican Governor Kevin Stitt.
No one is more surprised than I am that Oklahoma’s gubernatorial race is even in play. It’s currently listed as a toss-up by Real Clear Politics aggregated averaging, with Hofmeister up over Stitt by 1 point in the most recent poll. Oklahoma gubernatorial race is one of the midterm election cycle’s sleeper races. Recent polls have not been good news for Stitt.
Hofmeister was a Republican until she decided to run against Stitt for governor. She switched to the Democrat Party in order to run. If she wins, she will be the first Democrat to win a statewide office in Oklahoma since 2006. Governor Stitt is losing support from two crucial demographic groups – independent voters and suburban women voters. They are moving toward Hofmeister. Hofmeister is also surging in rural areas. That’s not good news for Stitt.
The Washington Examiner has an exclusive story on Hofmeister’s campaign that may affect some voters as they head to the polls. It looks like Hofmeister’s campaign violated state laws with her social media activity. She may be running afoul of ethics laws. Campaign finance lawyers note that her government website links to her campaign’s social media accounts. It also looks like the government has promoted her Twitter posts. All of this is a no-no, legally speaking. Remember, she is in a government position as Oklahoma superintendent of public instruction. She should be well aware of ethics laws in state government. Other government officials are not linking their campaign social media accounts to their pages.

Hofmeister’s page on the Oklahoma education department’s website links to her gubernatorial campaign accounts on Twitter and Facebook, according to a Washington Examiner review Thursday. Her Twitter handle is “Joy4OK,” and her Facebook is listed under “JoyforOklahoma,” while both accounts, as is standard for political candidates, share footage of campaign events and ads.
Oklahoma law holds that a person cannot campaign with “the use of public funds, property or time to engage in activities designed to influence the results of an election for state office or a state question.” In addition, officials are barred from engaging in activities “designed to influence the results of an election for state office” on public time or posting “materials that advocate for the election or defeat of a clearly identified candidate,” according to the Oklahoma Ethics Commission.
“Secretary Hofmeister has likely violated Oklahoma’s ethics laws by using her official, state-funded biography webpage to promote her election campaign,” said Curtis Schube, a lawyer at the Dhillon Law Group who specializes in election law. “Specifically, her bio page includes links to her campaign social media account and her campaign website, which are dedicated to advancing her candidacy for office.”

More dire is the opinion of one lawyer who specializes in election law. Chris Winkelman says that the social media violations “could also run afoul of Oklahoma criminal law”:

It is illegal in Oklahoma for public officials to “directly or indirectly coerce, attempt to coerce, command, advise, or direct any state employees” to pay or contribute “to any party, committee, organization, agency or person for political purposes.”
“These laws are in place not only to protect taxpayer funds from being misappropriated but also to protect state employees from feeling pressured into providing political support for their boss,” said Winkelman, who in the past was general counsel for the National Republican Congressional Committee.

The Oklahoma education department’s Twitter account has retweeted Hofmeister’s campaign account and tagged her campaign in numerous instances. This may be a violation of ethics law, too. It gives the impression that the state government is supporting the candidate.
This isn’t the first time Hofmeister finds herself involved in an election controversy. In 2017, she was criminally indicted for campaign finance violations and conspiracy. She allegedly raised money illegally while running against incumbent Republican Superintendent Janet Barresi and was colluding with a dark money group. Charges were dismissed.
Will Oklahoma voters take all of this into consideration when they go to vote? This continues to be a race – a real sleeper race – to keep an eye on.
Posted by High Plains Pundit on October 28, 2022
Email ThisBlogThis!Share to TwitterShare to FacebookShare to Pinterest
Tags: Regional