Another breathtaking power grab from Biden 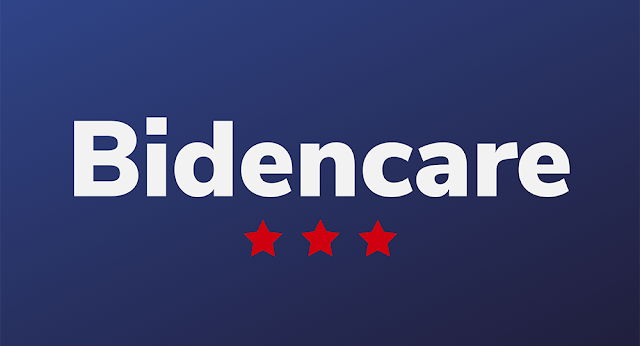 When implementing his national health-care program, Barack Obama repeatedly sought to fix the law’s problems through executive actions that bypassed Congress. President Biden has now gone further. This week, Biden announced plans to unilaterally rewrite Obamacare — in a move so extreme that it was explicitly rejected by even the Obama administration.
At issue is the “family glitch” that has made a subset of lower-income American families ineligible for Obamacare. The way the law was written, workers cannot qualify to receive Obamacare subsidies if they are offered affordable insurance from their employers — “affordable” being defined as costing less than 9.5 percent of household income. However, as written, the 9.5 percent threshold is calculated based on the cost of insuring only the individual employee, rather than the cost of coverage for an entire family. Thus, some families struggling to pay the premiums of employer insurance do not qualify for Obamacare.
Though it is often portrayed as an accident by Congress, it makes sense that the law was drafted the way it was. At the time it was being written, Democrats were pushing back against the idea that Obamacare posed a threat to employer-based insurance — and if the Congressional Budget Office assumed more people would have ended up on Obamacare, it could have driven up the cost of the legislation. That said, even if Democrats now want to rewrite the legislative history, what ultimately matters is what is in the actual text that Congress voted on.
In 2011 — the year after Obamacare passed — the Obama Treasury Department issued rules pertaining to the subsidies that made abundantly clear that the statute said that the affordability threshold applied only to individual insurance:
Thus, the statutory language specifies that for both employees and others (such as spouses or dependents) who are eligible to enroll in employers sponsored coverage by reason of their relationship to an employee (related individuals), the coverage is unaffordable if the required contribution for ‘‘self-only’’ coverage (as opposed to family coverage or other coverage applicable to multiple individuals) exceeds 9.5 percent of household income.
Congress never acted in the intervening eleven years to change the relevant text of Obamacare. As a result, the constitutional path forward for Biden was clear. If he wanted to eliminate the “family glitch,” he had to ask Congress to amend the law. Otherwise, that’s the end of the story.
But Biden, who sought to illegally extend the eviction moratorium and illegally mandate vaccines for everybody who works for large employers, and who illegally bypassed Congress to dole out a half-trillion dollars in student-loan relief, was characteristically unwilling to let the law stand in the way of his preferred policy.
“Health care should be a right, not a privilege,” Biden said in announcing a new rule from the Treasury Department that would rewrite Obamacare to address the “family glitch.” He boasts that “this marks the most significant administrative action to implement the Affordable Care Act since the law was first put into place.”
Indeed, the CBO estimates that the unilateral rule change, which is slated to become effective next month, will cost up to $44 billion over the next decade.
We urge injured parties to sue the administration without delay to stop another breathtaking power grab from Biden.
Posted by High Plains Pundit on October 13, 2022
Email ThisBlogThis!Share to TwitterShare to FacebookShare to Pinterest
Tags: National