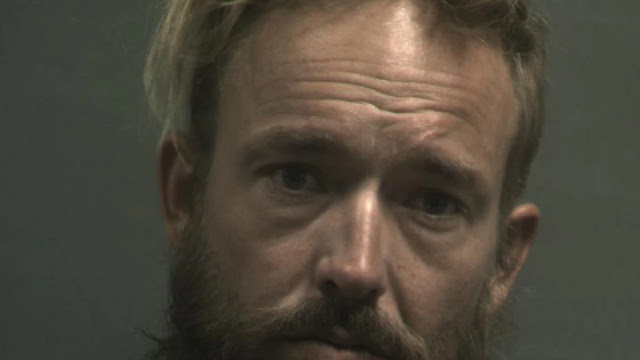 An Amarillo man who allegedly threatened law enforcement, government officials, and a number of racial and ethnic groups on social media has been charged in federal court, announced U.S Attorney for the Northern District of Texas Chad E. Meacham.
Everett Wayne “Rhett” Copelin III, 40, was charged via criminal complaint with interstate threats and threatening a federal officer. He was arrested without incident in Amarillo on Sept. 29 and made his initial appearance before U.S. Magistrate Judge Lee Ann Reno this afternoon. Agents recovered a 9mm pistol and three loaded magazines in his vehicle.
According to the complaint, Copelin posted numerous threats on Gab, a social media platform.
On Aug. 31, under the display name “Alpha Top Dog Pure Blood,” Copelin allegedly threatened to go “kamikaze” against “white law enforcement.” The post was flagged to the FBI’s National Threat Operations Center on Sept. 4.
A review of his Gab account revealed a history of posts threatening various targets, including police officers, government officials, Black people, immigrants, Jews, and others:
On Aug. 21, he allegedly threatened to kill young black men in relationships with white women.
On Aug. 22, he allegedly threatened to “blow up” IRS agents.
On Sept. 5, he allegedly threatened to shoot police officers.
On Sept. 8, he allegedly claimed he would “go down to the border … and start shooting invaders,” and allegedly added that he would “blow the FEDS away too.”
Later the same day, he allegedly threatened to kill Jews in the government and law enforcement.
On Sept. 14, he allegedly threatened to shoot Mexicans, who he felt “shouldn’t even be here.”
On Sept. 25, he allegedly threatened to hang supporters of a Texas gubernatorial candidate.
According to the complaint, Copelin posted online a call for “all strong abled white alpha men with sniper rifles” to enforce the law, “because the government is corrupt.”  Agents observed photos of guns and bladed weapons on the “Alpha Top Dog Pure Blood” account.
A criminal complaint is merely an allegation of criminal conduct, not evidence. Like all defendants, Copelin is presumed innocent unless and until proven guilty in a court of law.
If convicted, he faces up to 15 years in federal prison. A federal district court judge will determine any sentence after considering the U.S. Sentencing Guidelines and any other statutory factors.
Posted by High Plains Pundit on October 03, 2022
Email ThisBlogThis!Share to TwitterShare to FacebookShare to Pinterest
Tags: Regional