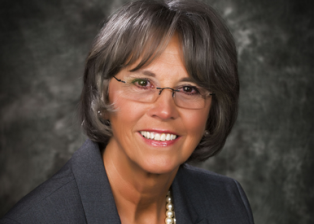 An Amarillo man has filed a judicial misconduct against Potter County Judge Nancy Tanner. Thomas Warren III filed the complaint concerning an incident that occurred while his father, Tom Warren, was filing the necessary paperwork and monetary fee to challenge Tanner as a write-in candidate during the upcoming November election.
"I filed a complaint against Judge Tanner with the State Commission on Judicial Conduct because I believe Tanner needs to be held responsible for her conduct unbecoming of an elected official, especially a judge. Judge Tanner disclosed information that was not readily available to the public solely for the purpose of lashing out at her opponent in the November election. As I noted in the complaint, one of the witnesses even told me later that he did not have any knowledge of this information before Tanner disclosed it that day.
"Texas rules on judicial conduct are very clear: a judge may not disclose information gained through their judicial responsibilities for a non-judicial purpose. There is not a reasonable person who could argue that disclosing private details about a person's cremation, gained through her responsibilities as county judge, solely to attack a political opponent, was done for a judicial purpose," Warren III said in a statement to High Plains Pundit.
The Texas Code of Judicial Conduct, Canon 3, Section B, Number 11 states:
"A judge shall not disclose or use, for any purpose unrelated to judicial duties, nonpublic information acquired in a judicial capacity. The discussions, votes, positions taken, and writings of appellate judges and court personnel about causes are confidences of the court and shall be revealed only through a court's judgment, a written opinion or in accordance with Supreme Court guidelines for a court approved history project."
The Texas Constitution vests broad judicial and administrative powers to Tanner as the county judge, who presides over a five-member commissioners court, which has budgetary and administrative authority over county government operations.
The county judge handles such widely varying matters as hearing on admittance to state hospitals for the mentally ill, and temporary and permanent guardianships for special purposes. The judge is also responsible for calling elections, posting election notices and for receiving and canvassing the election returns.
A county judge in Texas may have judicial responsibility for certain criminal, civil and probate matters - responsibility for these functions vary from county to county. In those counties in which the judge has judicial responsibilities, the judge has appellate jurisdiction over matters arising from the justice courts. The county judge is also head of civil defense and disaster relief, and county welfare.
In counties under 225,000 population, such as Potter County, the judge prepares the county budget along with the county auditor.
"I would imagine Judge Tanner's supporters will likely say this complaint is just a political stunt without any merit. However, with three eyewitnesses to her conduct that day, along with an audio recording, there is ample evidence to show that Tanner did, in fact, do what is alleged in the complaint.
"This complaint goes to the heart of the issue with Judge Tanner's conduct in office: she believes she can do whatever she wants, no matter how unethical or unfitting for her office, and get away with it. It's time for her to face accountability for conduct unbecoming of the office of county judge," Warren III said.
Before Tanner was elected to her first term in office, she served for 20 years as the administrator to previous Potter County Judge Arthur Ware. Ware eventually fired Tanner for what he termed a “procedural/policy violation."
In previous interviews, Tanner admitted that she stepped up and fulfilled many of Ware's duties after he suffered a stroke in 2010. Tanner said she "tried to function for the Judge but was not given the authority."
Warren III is an elected official in his own right. He currently serves as the SD 31 Committeeman on the State Republican Executive Committee. The SREC is the governing board of the Republican Party of Texas. Warren III is also the editor in chief of the Amarillo Pioneer.
High Plains Pundit will update this story if we receive a response from Judge Tanner.
Posted by High Plains Pundit on September 12, 2022
Tags: Regional