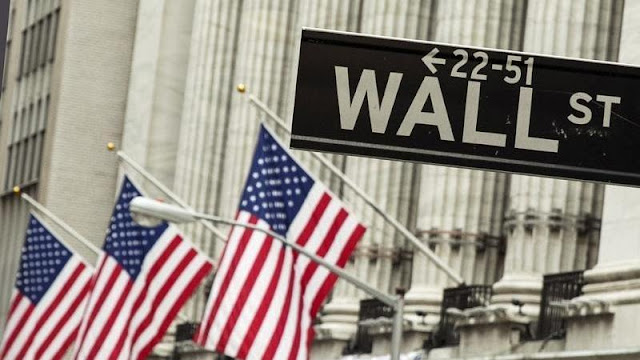 Markets are bottoming out as they process the latest interest rate hikes from the Federal Reserve in its battle to fight the highest inflation seen in 40 years.
The Dow Jones Industrial Average dropped below 29,400 midday Friday to its lowest point in nearly two years. Since the Fed started raising interest rates in March, the index has lost more than 13.7 percent of its value.
Other indices have followed suit. The S&P 500 fell below its previous 2022 low point, hitting 3,667 on Friday, down more than 15 percent since March and almost 23 percent on the year.
The technology-heavy Nasdaq hit 10,847, down almost 20 percent since March.
Interest rates have increased to 3.25 percent since the Fed started raising them from 0 percent in March. This has had the effect of making many goods and services more expensive, and driving down demand to bring down inflation.
Consumer inflation did come down slightly over the summer, falling to 8.3 percent in August from 8.5 percent in July and 9.1 percent in June. Core inflation, which excludes the volatile categories of energy and food, still rose more than half a percentage point from July to August.
But the little headway made by the Fed in fighting inflation comes at the price of slowing the economy and potentially even driving it into a recession, a trade-off that many market commentators don’t think is worth it.
“There’s a huge Greek chorus out there that believes that inflation could result in a wage-price spiral whereby workers demand more pay from their employers, which in turn drives higher prices and the whole thing spirals upwards,” Dan Alpert, managing partner of investment firm Westwood Capital, said.
“But that ignores the supply side of the equation. It ignores the enormous differences between, say, the supply picture in the 1970s when we did have a wage-price spiral, and today. Today we have an enormous volume of exogenous supply of goods that are coming from all over the world, which we didn’t have in the 1970s. Yes, the pandemic disrupted that supply, but it didn’t disrupt the capacity to produce it.”
Critics of continued interest rate hikes from the Fed also point to the fact that the U.S. dollar is exceedingly strong now, which drives down the price of imported goods and acts as a disinflationary force within the economy.
The dollar was slightly stronger than the Euro on Friday in foreign exchange markets and only a few cents weaker than the British pound — both currencies that have been more valuable than the dollar in recent years.
“Foreign exchange rates are actually an extremely important part of this situation,” Westwood Capital’s Alpert said. “The outrageously strong dollar is resulting in prices falling through the floor, and that’s deflationary.”
Alpert said that the pressure on the Federal Reserve to keep raising interest rates “is fundamentally political,” especially ahead of midterm elections in November.
“Whether you’re the party in power or not, you’re going to have a lot of constituents complaining, and of course the party in power is particularly damaged by that going into the midterms,” he said.
“There should be a letting up on pressure at this point,” Alper added, noting that the price of oil had fallen below $80 a barrel on Friday, signaling another significant deflationary pressure in the economy.
Despite sticky inflation in recent months, President Biden’s approval ratings rebounded to 42 percent in September after falling to 38 percent in July when average gas prices in the U.S. soared to around $5 per gallon, according to the latest Gallup poll.
Posted by High Plains Pundit on September 23, 2022
Email ThisBlogThis!Share to TwitterShare to FacebookShare to Pinterest
Labels: National