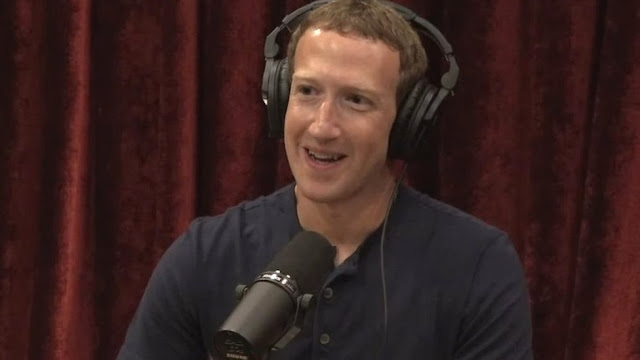 Meta CEO Mark Zuckerberg this week told popular podcaster Joe Rogan that Facebook did limit stories on the news feed related to the New York Post story about President Biden’s son Hunter Biden and his laptop after warnings from the FBI, but defended the law enforcement agency as a “legitimate institution.”
Zuckerberg said on an episode of Rogan’s podcast, “The Joe Rogan Experience,” that was uploaded on Thursday that the FBI reached out to his company ahead of the 2020 presidential election to warn them to take note of potentially polarizing content. This warning came after Russia used social media platforms, including Facebook, to post content intended to be polarizing ahead of the 2016 election.
Zuckerberg said he took the warning seriously. He said the social media platform did not ban people from sharing the Post’s story, but it took action to limit how often the story appeared on feeds.
The Post reported shortly before the 2020 election that the FBI obtained a laptop that allegedly belonged to Hunter Biden as part of a federal investigation into him.
Former President Trump and some of his allies seized on the report at the time as showing evidence that Hunter was involved in questionable business dealings while his father served as vice president. Some of the emails on the laptop have since been confirmed as authentic, but no wrongdoing from the president or his son has been confirmed.
The investigation into Hunter Biden reached a critical juncture last month as prosecutors weigh whether to bring any charges, CNN reported.
Zuckerberg said he did not remember if the FBI specifically mentioned the Post’s story in its warning.
He said he does not want Facebook to be the “ministry of truth” in deciding what is considered misinformation.
His defense of the FBI comes as many conservatives have criticized the agency for conducting a search of Trump’s Mar-a-Lago property in Florida earlier this month. Some Trump allies have called for defunding the FBI as a result.
Posted by High Plains Pundit on August 26, 2022
Email ThisBlogThis!Share to TwitterShare to FacebookShare to Pinterest
Labels: National