Zawahiri dead: May he rot in hell with Osama bin Laden 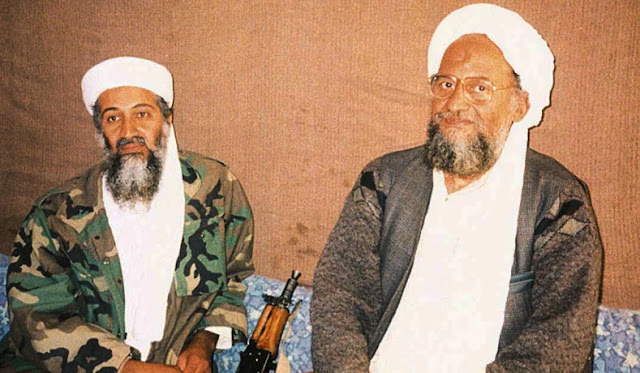 The al-Qaeda mastermind Ayman al-Zawahiri has rejoined his co-conspirator, Osama bin Laden, somewhere in the thereafter. The terrorist leader was reportedly killed in Afghanistan by a drone strike ordered by President Biden, who addressed the country Monday evening. A sociopathic maestro of mass murder is no more, and all Americans should welcome this victory against an Islamist mass-murder cult that has waged war against the free world.
Al-Zawahiri was second only to Osama bin Laden himself within al-Qaeda’s hierarchy. Alongside bin Laden, he orchestrated the 9/11 attacks, in addition to a wave of Islamist violence across the world. To al-Zawahiri, mass death was a religious duty “for every Muslim who can do it in every country in which it is possible to do it,” he wrote in 1998. Accordingly, from New York City to London to Baghdad, Zawahiri was responsible for plotting acts of terror that murdered thousands.
Although Washington took out bin Laden in 2011, and although the threat of jihadism has faded to background noise in recent years — replaced with anxiety about the threat from China and Russia, in addition to other, more conventional nation-state threats — the threat to the American homeland remained. In fact, the threat from one of those adversaries, Iran, joined with al-Qaeda’s worldwide networks spanning the Mideast, Africa, and even the Philippines, is still considerable. Even with Zawahiri gone, much of that network remains in play, including the Iran–al-Qaeda nexus.
A U.N. report in July said that al-Zawahiri was, at the time, alive and “communicating freely.” And, in fact, his ability to do so was bolstered by the Taliban’s return to, and consolidation of, power in Afghanistan.
The strike, unsurprisingly, indicates that the Taliban continued to house al-Qaeda leaders, in violation of the Doha withdrawal agreement. On the other hand, although there remains much still to know, it may show that we still have the ability to reach into Afghanistan for targeted strikes in the right circumstances.
With this operation, the president and our military and intelligence networks have finally made Zawahiri pay the price he long ago deserved. Charles Wolf, a man whose wife was killed in the 9/11 attacks, told the Washington Post on Monday evening: “I just got chills up and down my spine,” adding that “it’s great to hear.” Al-Zawahiri’s death will not reverse the evil he inflicted on innocent people. But it makes the world a safer place. May whichever fanatical lowlife rises up to take his place be dispatched much more quickly.
Posted by High Plains Pundit on August 02, 2022
Email ThisBlogThis!Share to TwitterShare to FacebookShare to Pinterest
Tags: World