Report: Texas juvenile prison system on the brink of collapse 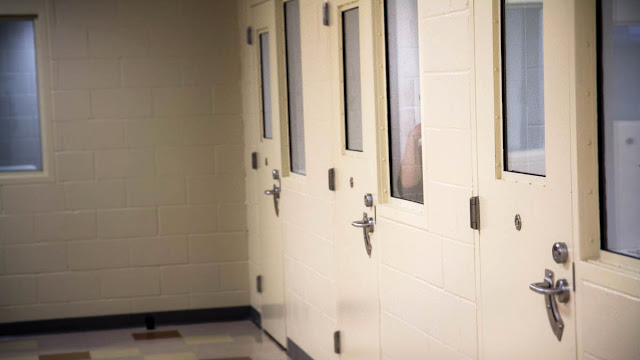 The Texas juvenile prison system is in very bad shape, according to a new investigation by The Texas Tribune.
The Tribune reports that the Texas Juvenile Justice Department's (TJJD) five facilities are severely understaffed, "an ongoing problem that worsened traumatically last year when its turnover rate hit more than 70%." The department recently announced a 15% permanent pay raise for direct-care staff, but the Tribune reports that even amid retention measures, most new hires are gone within six months.
The agency is so understaffed that teens have reported spending up to 23 hours locked in their cells, using water bottles as makeshift toilets. The Tribune reports that teachers and caseworkers routinely work in security roles so the prisons' nearly 600 inhabitants can get out of their cells to use the restroom or take showers.
Last month, the TJJD started pausing the intake of committed youth, citing safety concerns that coincide with staffing shortages. The Tribune also reports that more and more children in the agency's care are hurting themselves, either out of distress or as a way to get attention in their isolation.
"Nearly half of those locked in the state’s juvenile prisons this year have been on suicide watch," according to the report.
The TJJD's problems aren't new. The agency is under federal investigation for an alleged pattern of abuse and mistreatment, and the Tribune reports that it has "gone through several iterations of major and moderate reform following scandals marked by sexual abuse and violence, including a full restructuring in 2011."
"But the agency has never escaped its problem of chronic understaffing, exacerbating systemic failures and spurring a vicious cycle of worsening conditions for imprisoned children, as well as more difficult work and longer hours for the staff that remains," the Tribune's report reads, adding that the TJJD consistently loses detention officers at a faster rate than any other position in Texas government.
The answer? It comes down to money, according to the report.
TJJD leaders and independent legislative analysts have said the agency first needs more money to hire and retain officers, while juvenile justice advocates and lawmakers have pushed for closing the state’s five prisons and investing in better care at the local level, or creating smaller, narrowly focused facilities in urban areas with more mental health resources," the report reads.
To learn more about the current state of the TJJD, how Texas got here and what might be done in the future to solve some of these issues, read the Tribune's full report.
Local Texas