State Department warns US travelers of ‘kidnapping risk’ in Mexico 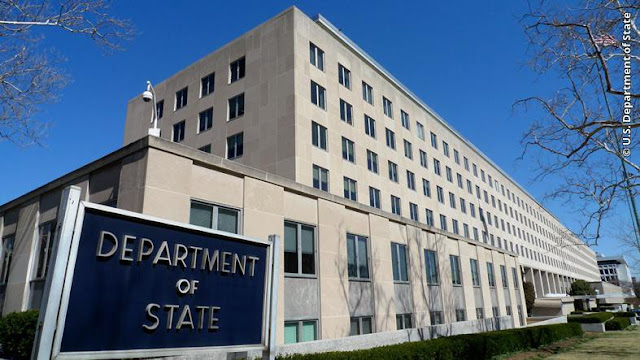 The State Department has released a notice warning U.S. citizens of the risk of violent crime, including possible kidnapping, in Mexico and urging them to exercise precautions if they choose to travel to the country.
“Violent crime — such as homicide, kidnapping, carjacking, and robbery — is widespread and common in Mexico,” the State Department wrote in its notice issued Wednesday.
The department added, “The U.S. government has limited ability to provide emergency services to U.S. citizens in many areas of Mexico” due to restrictions on travel to country by government employees.
The notice outlined restrictions given to U.S. government employees, encouraging all U.S. citizens to adhere to the same precautions.
“U.S. government employees may not travel between cities after dark, may not hail taxis on the street, and must rely on dispatched vehicles, including app-based services like Uber, and regulated taxi stands,” the notice said.
The State Department added specific warnings for each state in Mexico, placing a level 4 “Do Not Travel” advisory on six states, Colima, Guerrero, Michoacan, Sinaloa, Tamaulipas and Zacatecas, because of crime and kidnapping.
The department told citizens to reconsider travel to seven additional states for the same reasons: Baja California, Chihuahua, Durango, Guanajuato, Jalisco, Morelos and Sonora.
The State Department released a shelter-in-place alert in five cities located in the state of Baja California last weekend after criminal gangs caused fires, roadblocks and increased police activity.
“Transnational criminal organizations compete in the border area to establish narco-trafficking and human smuggling routes,” the most recent notice elaborated on the Baja California area. “Most homicides appeared to be targeted; however, criminal organization assassinations and territorial disputes can result in bystanders being injured or killed.”
It added that some U.S. citizens have been victims of kidnapping in border cities like Tijuana.
Posted by High Plains Pundit on August 19, 2022
Email ThisBlogThis!Share to TwitterShare to FacebookShare to Pinterest
Labels: National, World