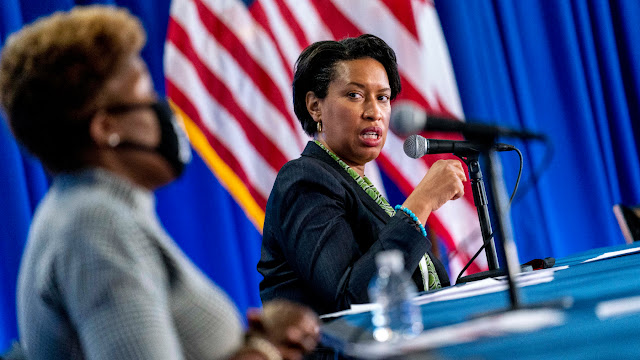 Defense Secretary Lloyd Austin has turned down a request from Washington, D.C., Mayor Muriel Bowser (D) to deploy the National Guard to help with migrants being bussed into the city from Texas and Arizona, a defense official said.
Bowser requested the Guard in mid-July in a bid to help the city as Texas Gov. Greg Abbott (R) and Arizona Gov. Doug Ducey (R) bussed thousands of migrants from the southern border to the capital over President Biden’s immigration policy.
However, Austin “determined providing this support would negatively impact the readiness of the DCNG and have negative effects on the organization and members,” the official said.
“We understand SAMU First Response has received grant funding through FEMA’s EFSP [Emergency Food and Shelter Program], and has indicated that sufficient EFSP funds exist at this point to provide migrant assistance,” they added.
Bowser said in July that the city’s ability to manage the influx of migrants into the city was limited and blasted Abbott and Ducey for not working with the Biden administration on their issues but rather bussing migrants for “cruel political gamesmanship.”
Reuters reported on Thursday that the request frustrated the White House and other aid organizations, who said it was unnecessary and played into GOP critics of Biden’s border policies.
Meanwhile, Abbott on Monday invited Bowser and New York City Mayor Eric Adams (D) to the border to see the “humanitarian crisis firsthand.” On Friday, he separately announced that he would also bus migrants to New York City in addition to Washington, D.C.
Bowser didn’t directly address the denied request during media availability on Friday, but she reiterated her need for the National Guard and a site that can be used to make the stop in D.C. as “humane as possible.”
“If the federal government is not going to do it, they need to at least get out of our way and give us the resources that we need,” she said.
Posted by High Plains Pundit on August 05, 2022
Tags: National