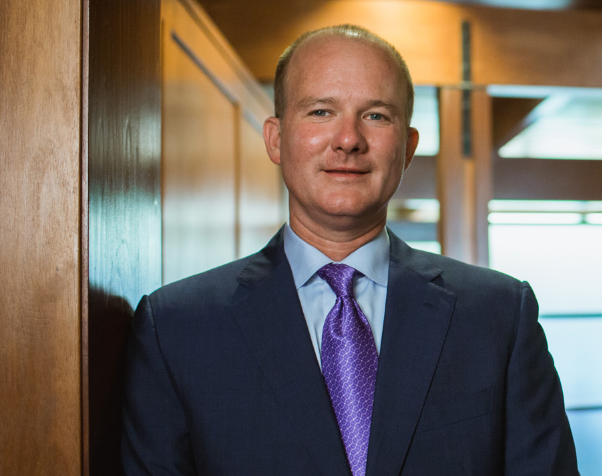 Judge Bill Sowder has ruled against a motion for Alex Fairly to post a $6 million bond in his lawsuit against the City of Amarillo. Recently filed court documents show Sowder denied the city's motion to hold millions in security to protect from delays in construction and development on the plans for the Civic Center.
“After considering the motion, responsive pleadings, the evidence properly before the court and arguments of council, if any the court is of the opinion that the motion should be denied. Ordered that the motion to for Security Against the Suit is hereby in all things denied. It is further ordered that Alex Fairly shall not be required to post bond in this lawsuit," Sowder said in his ruling.
Fairly launched a lawsuit against the City of Amarillo concerning the recently approved project by the City Council to expand and renovated the Civic Center. Fairly's suit seeks to prevent the city from using tax and revenue notes under Texas Local Government Code Chapter 1431 to fund the construction, which he calls a misuse of that type of funding.
“There is a use for 1431," he said. "It’s not civic centers."
Mayor Ginger Nelson previously touted the project's benefits, saying the project may seemed rushed because time was of the essence.
"The longer we wait, this problem just continues to grow in cost," she said. "It doesn’t just go away. The challenge is getting everyone to understand, there is no option that doesn't cost money."
The City of Amarillo declined to comment on the continuing lawsuit.
In November 2020, Amarillo voters rejected a $275 million bond issue (you might remember it as ‘Prop A’) that would have helped pay for a new entertainment and event complex to replace the current civic center facility.
More than 60 percent of voters voted against raising property taxes to pay for the project.
The Amarillo City Council voted 4-1 to authorize $260 million in tax and revenue notes to fund the expansion and renovation of the Amarillo Civic Center.
"In addition to the tax and revenue notes, the city will also consider naming rights, sponsorships, and Hotel Occupancy tax and sales tax revenue to help fund the project.
“The taxpayers will be paying more taxes on property that they own. That’s how it would be paid off and so, it’ll impact them, but it’s going to be worth it.
“Because we’ll have a place to go. We can have programs at the convention center and the projection was if we didn’t do anything, the traffic would slow down, because we’re out of date. And people would stop coming here for conventions," Amarillo city councilmember Howard Smith said in favor of the project.
The new proposal was largely developed behind the scenes, out of sight from the public. It was approved with no advance notice to the public or opportunity for input.
City Council member Cole Stanley, who didn’t become aware of the proposal until a few days before the vote, asked for more time to consider it before a vote was taken. His request was denied.
The council also forewent the tradition of providing two readings on an issue before voting on it.
Assistant city manager Laura Storrs said the city’s base property tax rate of around $0.44 would  increase to $0.57 because of the Civic Center project.
“Each year, each council goes through setting a property tax rate. So, as we look at outstanding debt, if there’s other funding sources on some of the debt that’s backed by property taxes and council chooses instead to pay some of that debt service with another funding source, that lowers the amount that would need to be considered on the property tax rate for that year,” Storrs said.
Nelson previously defended the City Council’s recent decision to move forward on expanding and renovating the Amarillo Civic Center.
“The building has real construction needs, real repair needs. The longer we wait to make those repairs, the more it costs us because construction costs are going up and interest rates are going up and the more it costs us because we continue to lose opportunities to host events and to bring entertainment to Amarillo.
"The Fed has already signaled in the next 18 months, they’re gonna go up maybe 11 times. So this is just the environment that we’re in and I don’t see another way to do it, that it doesn’t end up costing us a lot more money," Nelson said.
Fairly said that is pleased with Judge Sowder's decision and will continue to be “focused on the larger issue.”
"We were encouraged by Judge Sowder’s decision, and were hopeful that we could now move on to the actual disputed issues.
"In the meantime we will be announcing an opportunity later this week for Amarilloans to take an active part in this process. It isn’t quite ready, but we will share an update on that later this week.
"As always, thanks for the support and encouragement," Fairly said.
Local