Joe trying to drag the Donald further into the midterms? 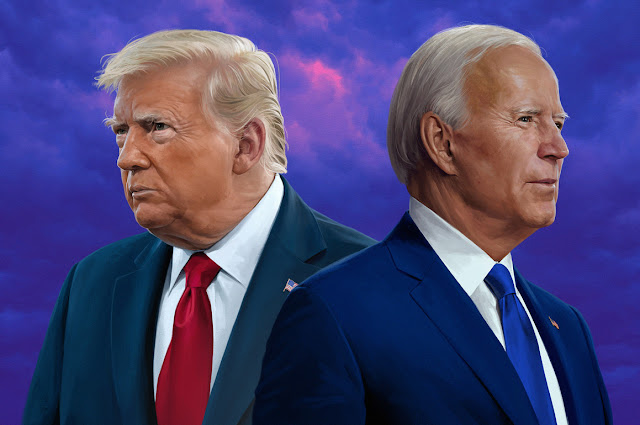 Thursday night will be the perfect opportunity for Joe Biden to announce that he’s replacing Kamala Harris on the 2024 ticket with Liz Cheney.
No, no, I kid. The chances of that happening can’t be more than … 48 percent or so.
It is strange to me that Democrats would want to spend the fall talking about anything other than abortion rights and falling gas prices but Biden’s favorite historians have been whispering in his ear about democracy. The last time they whispered in his ear, assuring him that he could be the next FDR despite his narrow congressional majorities, he passed a COVID relief bill that ignited inflation and kicked off a year of Democratic infighting over Build Back Better.
Maybe he should listen less to historians.
Oh well.
Biden plans to deliver a prime-time speech this week about how America’s “rights and freedoms are still under attack,” returning to the core message of his 2020 campaign as Americans are getting ready to vote in the November midterm elections.
A White House official said Thursday’s address at Independence National Historical Park in Philadelphia would focus on “the continued battle for the soul of the nation” and show how the president sees the central argument of his 2020 candidacy remains as salient as ever with the midterm elections coming into clearer focus.
The president will lay out how America’s standing in the world and its democracy are at stake, the official said. Biden will highlight what he sees as progress over the past two years to protect our democracy, but note that rights and freedoms remain at risk.
He’s not going to talk about “semi-fascism,” is he? Not that he’s entirely wrong, but that has high “deplorables” backlash potential. And, again, it would move the debate from concrete issues on which Democrats are winning to a more ethereal civic debate that’s unlikely to matter as much to voters.
But there is an obvious upside to giving this speech. It’s an excuse to drag Trump further into the midterm conversation and to try to leverage swing voters’ antipathy to him. If you’re a suburbanite who likes the Dems’ position on abortion and the GOP’s position on COVID restrictions and you’re making up your mind about how to vote, having Trump break through the walls of your psyche like Kool-Aid Man might be the little nudge you need to stick with the Democrats. Biden and his party have spent the past year struggling to turn the midterms from a referendum on his presidency to a choice between the parties. Showcasing Trump and the cranks downballot who insist that the 2020 election was stolen is one way to do that.
Even now, despite his dismal job approval, Biden leads Trump in most 2024 head-to-head polling. “It’s me or Trump” isn’t an insane framing for a guy who’s already beaten Trump in one election.
Besides, Biden has a secret weapon working for him. Over on Truth Social, Trump’s posts this week have been next-level manic in their delusions about the 2020 election. The “rigged!” refrain is old hat but until recently he hadn’t sunk so far into fantasy as to call for a do-over of the election, which even figures as loyal as Marjorie Taylor Greene recognize isn’t possible. Yesterday, he did:

Then he did it again this morning: 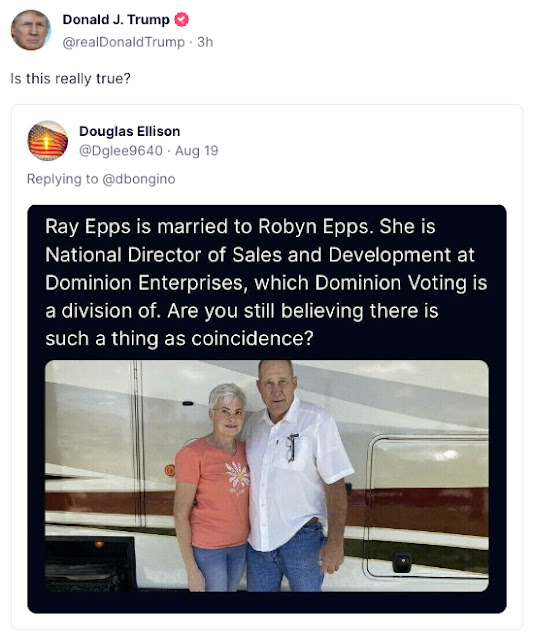 You can’t get a sense of the frenzy he’s in at the moment except by scrolling through his feed and absorbing the sheer volume of tweets and retweets (sorry, “truths” and “re-truths”) sent in the past day or so. Some of it is garden-variety MAGA sh*tposting meme-age, some of it is “Trump won” nonsense.
This is the same guy who solemnly assured Fox News two weeks ago that he’ll do “whatever he can” to help calm the country after the Mar-a-Lago search because “the temperature has to be brought down.” Two weeks later, he’s posting videos of Lindsey Graham warning of riots if he’s indicted.
Reporters used to half-joke about the “Trump-mood beat” during his presidency, in which they were forced to try to interpret political developments through the prism of what sort of emotional mood Trump had been in recently rather than through the lens of reason or strategy. My sense of his mood from his Truth Social postings is that he’s shocked that the feds didn’t give up on trying to get back the classified material he took and now he’s freaked out that he might be indicted. So he’s retreating into dreams of being reinstated as president, remembering from his first term that the DOJ can’t charge their boss with a federal crime.
Renominating a paranoiac who can no longer distinguish fantasy from reality sounds to me like just the thing the GOP needs to make America great again in 2024.
Posted by High Plains Pundit on August 30, 2022
Email ThisBlogThis!Share to TwitterShare to FacebookShare to Pinterest
Labels: National