Herring Hotel about to come back to life? 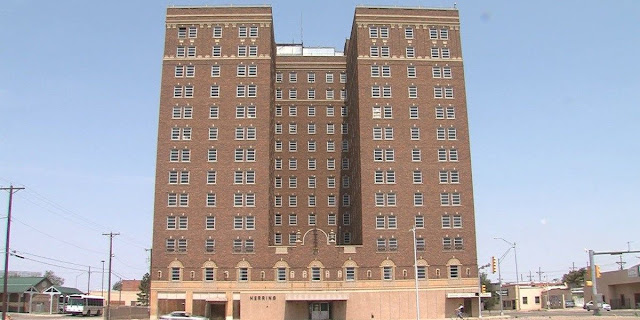 The historic but long-closed Herring Hotel in downtown Amarillo, Texas, recently landed new owners that plan to restore and reopen the 14-story building within the next three years.
County property records indicate the building was acquired by Herring Hotel Development Co. LLC in October via a warranty deed.
A new website, HerringHotelProject,com, gives a few details about what will happen there:
In conjunction with support from the city of Amarillo, Texas — will revive the 14-story Art Deco Beautiful Building originally designed by famed historic architects Shepard & Wise, to feature a fully-renovated collection of 250 guest rooms and amenities — including a rooftop lounge, business facilities, event ballrooms, and restaurants, coffee shop and retail options along with modernized amenities adapted to the lifestyle of the modern-day guest.
Blending historic architectural design with new technology, the hotel will offer expanded guest rooms and gracious public spaces to host weddings, special events, conventions and the sojourning weekenders.
The website also states the Herring, once renovated, will become “a world-class destination.”
It also posted this unlisted YouTube video about the project.
Blueprint Hospitality, with offices in Houston and Chicago, is listed as the developer. It has redeveloped hotels in St. Louis; Little Rock, Arkansas; Fort Worth, Texas; and “nearly a dozen historic structure revitalization projects underway across the nation,” it states on the company’s website.
Sandvick Architects, based in Cleveland, also is one of the contractors on the Herring project. The firm specializes in redeveloping underused historic buildings in urban downtowns.
The website doesn’t state how much it will cost to renovate the Herring Hotel. But given its size and the extensive work that will be required, it almost certainly would be tens of millions of dollars.
Talk had simmered for years about restoring the stately hotel. The Herring was listed on Preservation Texas’ Most Endangered Places in 2006.
Oilman, banker and rancher Cornelius Taylor Herring built the 14-story, 600-room hotel in the 1920s. The hotel briefly was converted into office space in the early 1970s. It has been abandoned for close to 40 years.
Those who doubt whether a huge, long-shuttered, century-old hotel can be revived should look to the Mayo Hotel in Tulsa, which faced similar circumstances about 15 years ago. The Mayo now is one of the premier lodging destinations in the city.
Downtown Amarillo also saw the 1926 Barfield Hotel reopen for the first time in 30 years last summer.
The Herring Hotel stands at 311 Southeast Third Ave. between the northbound and southbound lanes of Business Route 66 in downtown Amarillo, before Route 66 turns west on Sixth Avenue. 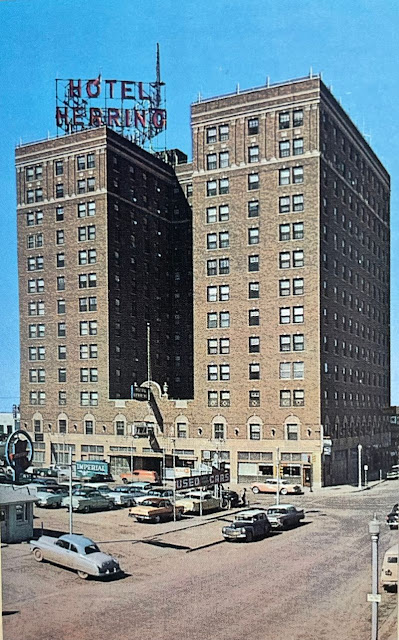