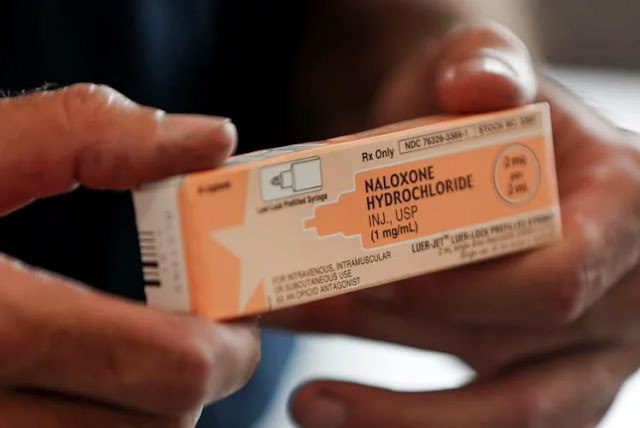 By Bethany Blankley
Gov. Greg Abbott announced new initiatives being launched in Texas to combat the opioid crisis and issued a proclamation recognizing Aug. 31 as International Overdose Awareness Day.
Abbott spoke at Montgomery County’s Overdose Awareness Day Event hosted by the Montgomery County Overdose Prevention Endeavor (M-COPE) in The Woodlands on Sunday.
The increase of deadly drugs, including methamphetamines and fentanyl, increasingly pouring into the country is a result of a border crisis created by President Joe Biden, Abbott argues. Since the states’ border security effort launched last March, Texas law enforcement efforts through Operation Lone Star have confiscated 335.5 million lethal doses of fentanyl, enough to kill nearly every adult and child in the U.S. These numbers exclude the amounts confiscated by federal agencies.
As a result, several new initiatives have been launched in Texas, including expanding access to NARCAN, an opioid overdose treatment, exploring a coordinated statewide substance abuse recovery program, directing financial and staff resources to Texas DPS crime labs and increasing funding for law enforcement efforts, and a new law that went into effect last year that increased criminal penalties for making or distributing fentanyl in Texas.
"The Biden Administration's open border policies have opened the floodgates for this deadly drug to make its way into our communities, but we are taking action to stop this epidemic,” Abbott said when he signed the bill into law. “By cracking down on the manufacturing and distribution of fentanyl, we will help save lives here in Texas and across America."
Abbott on Sunday also said he supported a bill, if it passes in the next legislative session, that would increase criminal penalties even more for dealers who provide drugs laced with deadly opioids that lead to the death of users to charge them with murder.
“Even though some of the friends and family members we have honored here tonight are no longer with us, they are never gone,” Abbott said. “Sadly, this is a phenomenon that can be prevented if we all work together and if our federal government gets serious about protecting its citizens by securing our border. Substance abuse is a lifelong battle for many. We should muster every tool and every effort to help our fellow Texans negotiate the perils of addiction and emerge drug-free and healthy.”
Nearly 1,700 fentanyl-related deaths were reported in Texas in 2021. Fentanyl is the leading cause of death among adults between the ages of 18 and 45 in the U.S.
Prior to the event, Abbott met with M-COPE Directors Sarah Hall, Sherry Barton, Kathy Posey, and Kimberly Rosinski, who have each lost a son due to accidental overdoses, Montgomery County Justice of the Peace Wayne Mack, County Lieutenant Brian Luly, and County Sheriff Rand Henderson.
M-COPE is an advocacy group of parents, spouses, siblings, children, and friends who have been affected in some way by overdoses. It seeks to educate and bring awareness to substance use disorders and growing overdose deaths to help prevent drug-related loss in the community.
Fentanyl, a synthetic opioid originally developed by pharmaceutical companies to help cancer patients, is “approximately 100 times more potent than morphine and 50 times more potent than heroin,” according to the DEA.
Two milligrams, the weight of a mosquito, is lethal. A teaspoon holds about 5,000 milligrams, enough to kill 2,500 people. One pound of fentanyl, or 453,592 milligrams, could kill 226,796 people.
According to the U.S. Centers for Disease Control and Prevention, fentanyl has become the deadliest drug in America.
Mexican transnational criminal organizations continue to supply most of the fentanyl (as well as cocaine, methamphetamine, and heroin) smuggled into Texas and the U.S., according to the DEA. Fentanyl and other drugs primarily come into the U.S. from Mexican cartels: the Sinaloa Cartel and Cártel Jalisco Nueva Generación, known as CJNG, the DEA reports.
Fentanyl is sometimes dyed blue and stamped to look like the prescription pill oxycodone or OxyContin, law enforcement officials report. The pill is known as "Mexican Oxy" or "M30s" on the streets because on each side of the pill is stamped a "30" and "M."
Florida Attorney General Ashley Moody has called on the Biden administration to classify fentanyl as a weapon of mass destruction.
Posted by High Plains Pundit on August 29, 2022
Email ThisBlogThis!Share to TwitterShare to FacebookShare to Pinterest
Labels: Texas