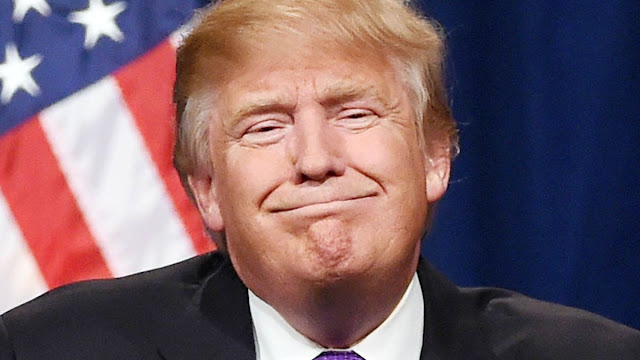 The conservative outcry over the FBI’s search of former President Trump’s estate in Florida has seemingly cemented Trump’s grip on the GOP electorate.
Both allies and Republicans less inclined to back a new run for the White House by the former president believe the outcry over the search effectively blunts any path for a challenger to run to the right of Trump. Would-be rivals in a 2024 primary, such as Florida Gov. Ron DeSantis (R), have fallen in line to back Trump and attack the FBI.
The former president may still face legal ramifications from the search, and the cloud of yet another investigation could make some voters nervous about his prospects in a general election. But in the short term, those close to Trump believe the search and subsequent outcry make it even likelier he will be the Republican nominee in 2024.
“On the Republican side, with the exception of never-Trumpers… virtually everybody else assumes the FBI is corrupt. They assume the Jan. 6 committee is a fake committee covered by fake news, and they presume there is an effort to martyr Trump,” said former House Speaker Newt Gingrich (R-Ga.).
“If they keep this up, he won’t have a major opponent for the primary,” he added.
The FBI conducted a search last week of Mar-a-Lago, Trump’s Florida estate, to recover classified and top secret documents that Trump took with him when he left the White House.
The warrant showed federal officers suspected Trump had violated the Espionage Act and other laws.
But conservatives have uniformly rallied to Trump’s defense, accusing the FBI and Department of Justice of targeting the former president and rationalizing why Trump would have had highly sensitive materials at his Florida club more than a year after leaving office.
“It has recharged the Republican base and turned Trump into a victim, all but assuring that if Trump runs it will be more of a coronation rather than a primary election,” said John Thomas, a Republican consultant.
Trump has seen a slight polling boost in the aftermath of the search, providing some cushion after a New York Times poll released last month found that roughly half of GOP voters were willing to support another candidate in 2024.
A Politico-Morning Consult poll released last Thursday found that 57 percent of Republican and Republican-leaning independents would vote for Trump if the 2024 primary were held today, up from 53 percent a month ago. In that same timespan, DeSantis lost 6 percentage points of support.
DeSantis is among the potential 2024 challengers to Trump whose ambitions may temporarily be put in check because of the FBI raid. The Florida governor, former Vice President Mike Pence, former Secretary of State Mike Pompeo and others who are considered possible presidential candidates have been forced to temporarily drop any subtle campaigns to highlight differences with Trump in favor of decrying the FBI search as an abuse of power.
“They’re enforcing the law based on who they like and who they don’t like,” DeSantis said at a Turning Point USA rally over the weekend. “That is not a republic — maybe it’s a banana republic when that happens.”
The lone holdouts have been the likes of former New Jersey Gov. Chris Christie (R), a would-be 2024 candidate who has argued in favor of letting the process play out to see what the search yielded. But Christie would likely run as a moderate alternative to Trump.
“Any pathway for DeSantis to primary him from the right just closed completely shut if Trump decides to run,” said one Republican operative with ties to the former president.
“Our voters now want revenge, and I suspect that will manifest into them concluding the best way they can get revenge is by sending Trump back to the White House,” they added.
While the FBI search may clear Trump’s path for a primary victory, lest any other candidate be seen as sympathetic to federal law enforcement, it raises familiar questions about Trump’s viability as a candidate in a general election.
A New York Times poll released last month showed Trump trailing Biden by 3 percentage points in a hypothetical rematch, despite Biden’s approval rating sinking into the low 30 percent range.
Trump is facing multiple investigations beyond the FBI search, any one of which could cloud his future. Others include a DOJ investigation related to the Jan. 6, 2021, attack on the Capitol and a Georgia investigation over 2020 election interference.
Illustrating the problem Trump could face with the broader electorate, the Politico-Morning Consult poll found roughly half of registered voters approved of the FBI search, though only 15 percent of Republicans approved. And 58 percent of voters said they believe Trump definitely or probably broke the law as president.
“I’m hoping that somebody else runs against him in the primary because I think we can have the same policies without all the baggage,” Mick Mulvaney, a former acting chief of staff to Trump, told CBS News. “And as much as I respect my former employer … I quit my job over Jan. 6. He may well be the only Republican who can lose to Joe Biden or to any other Democrat in 2024.”
Posted by High Plains Pundit on August 17, 2022
Email ThisBlogThis!Share to TwitterShare to FacebookShare to Pinterest
Labels: National