Dems to get a dose of inflation reality 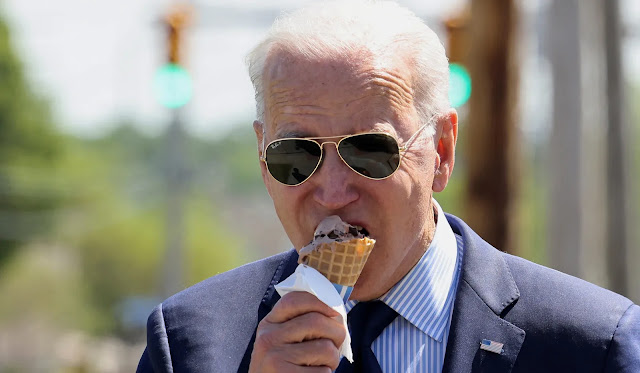 Democrats are likely feeling a lot better than they did a month or two ago. Joe Manchin came around on a version of Build Back Better. (Go figure, it seems like Manchin’s problem was the title all along. If you call it the “Inflation Reduction Act” but keep most of the same stuff in there, he’s fine with it.)
Congress passed a semiconductor bill and a veterans health care bill. Zawahiri is dead, and in Kansas, the right to abortion lives on. Republicans have nominated the more controversial options in a lot of statewide primaries.
Democrats are probably telling themselves that they can prevent the midterm election cycle from turning into a metaphorical bloodbath.
But a week from today, the new Consumer Price Index numbers come out, updating our sense of how bad inflation is. Once again, we don’t know what the precise figure is going to be, but we know the number isn’t going to be good.  One projection is 9.2 percent, and Kiplinger expects inflation to remain near 9 percent for the rest of the year.
The U.S. Department of Agriculture expects food prices to keep rising; the department recently stated, “in 2022, food-at-home prices are predicted to increase between 10.0 and 11.0 percent, and food-away-from-home prices are predicted to increase between 6.5 and 7.5 percent… The ranges for 10 food categories and 4 aggregate categories were revised upward this month. No food price categories were revised downward.” Food banks report longer lines again.
Yes, gas is down nearly 85 cents since the mid-July peak of about $5 per gallon. But gas that is $4.15 per gallon is still really high by historical standards! (Biden’s communications team is bragging that “nineteen states now offer gas under $4.” Yes, they’re almost all southern states with Republican governors, easy access to oil refineries and low gas taxes.)
When inflation is raging at a 40-year high, and gas and food prices are skyrocketing, the incumbent party is going to get thrashed.
Opinion