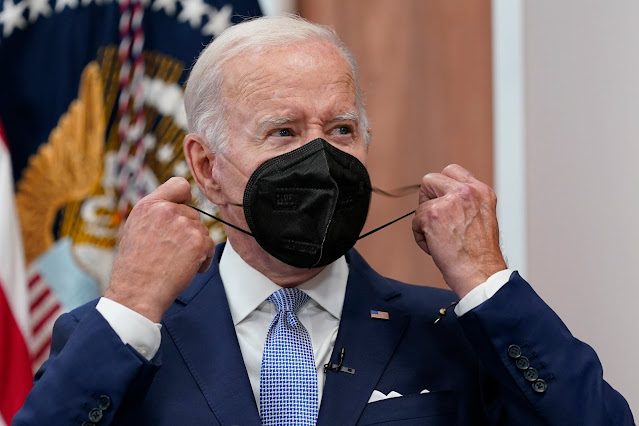 President Biden tested positive for COVID-19 on Monday but is feeling “well,” his physician Kevin O’Connor said in a memo on Monday, two days after the president experienced a rebound of his infection.
“The President continues to feel well as he starts his week,” O’Connor wrote in a memo issued by the White House. “Given his rebound positivity which we reported Saturday, we continued daily monitoring. This morning, as could be anticipated, his SARS-CoV-2 antigen testing remained positive.”
“The President will continue his strict isolation measures as previously described,” O’Connor wrote.
O’Connor did not say that Biden is reporting any symptoms or would undergo any new treatments. White House press secretary Karine Jean-Pierre later told reporters Biden was not experiencing any “recurring” symptoms like fatigue or aches while acknowledging that he has a lingering cough, though she noted that the president has often exhibited a cough regardless of his COVID-19 diagnosis.
The White House on Saturday said that Biden had experienced a “rebound” COVID-19 case, seen in some patients who take the antiviral Paxlovid to treat their symptoms.
Biden, who has received his COVID-19 vaccinations and booster doses, had emerged from isolation last week on Wednesday and was doing well, having tested negative for the virus and seen his symptoms subside. According to O’Connor, he tested negative on Thursday and Friday before testing positive again on Saturday. O’Connor reported Saturday that Biden was not symptomatic despite testing positive.
The developments have once again upended Biden’s schedule. The president had been scheduled to travel home to Wilmington, Del., on Sunday and then to Michigan on Tuesday, but those plans were scrapped.
It’s unclear precisely how long Biden will need to remain isolated while he waits for his rebound infection to subside.
Biden’s case has been relatively mild, for which the White House and health experts have credited vaccines and treatments. His age — the president is 79 — puts him at risk for severe illness due to COVID-19.  Paxlovid is used in COVID-19 patients to prevent serious illness.
Health experts say it’s unclear precisely how prevalent “rebound” infections are in people who take Paxlovid, but it’s believed to be a small percentage.
White House COVID-19 coordinator Ashish Jha tweeted Sunday that he estimates about 5 percent of people who take Paxlovid experience a rebound case where they test positive again or have symptoms reemerge.
Posted by High Plains Pundit on August 01, 2022