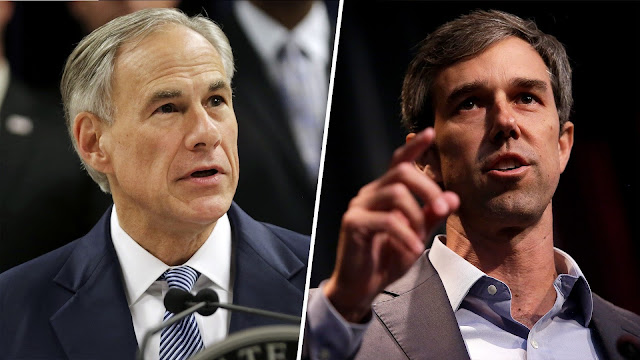 The one and only debate between the two top-of-the-ticket candidates in Texas is set for September 30.
Gov. Greg Abbott and Democratic challenger Beto O’Rourke will clash that night in the Rio Grande Valley, hosted by Nexstar Media Group per an announcement from the Abbott campaign.
That clash will run an hour long at the University of Texas Rio Grande Valley in Edinburg. It will be moderated by Britt Moreno of KXAN Austin and feature three other journalist questioners: Sally Hernandez of KXAN, Gromer Jeffers of the Dallas Morning News, and Steve Spriester of KSAT in San Antonio.
“Governor Abbott is looking forward to debating Beto O’Rourke and explaining to all Texans about the Governor’s efforts to secure the future of Texas by securing the border, defunding cities that defund the police, lowering property taxes, and protecting our oil & gas industry,” Abbott Campaign Chairman Gardner Pate said in the release.
“Unlike Beto O’Rourke, who supports open borders, defunding the police, increasing property taxes, and supports radical energy policies that would hurt our oil & gas workers.”
Shortly after Abbott’s campaign announced the deal, O’Rourke’s team accepted but called for more contests.
“We look forward to attending a forum hosted by Nexstar Media Group in the Rio Grande Valley at a mutually agreed upon date and time, but one debate in one community for the entire state of Texas is not nearly enough,” said campaign spokesman Chris Evans.
“The people of Texas deserve better. That’s why Beto invites Governor Abbott to participate in three town hall-style debates in every region of the state during weeknights this fall where they can take questions directly from their fellow Texans.”
Evans then highlighted O’Rourke’s currently underway 5,600-mile road trip across Texas, focusing heavily on rural areas of the state. “Abbott has not held public town halls where he takes questions in person from those he is supposed to serve,” he said. “That helps to explain why his extreme policies are so out of touch with the overwhelming majority of Texans.”
O’Rourke’s camp has frequently called for debates between the candidates, but none materialized until now. Oftentimes, there are intense negotiations between the camps to hash out the details of these bouts — over location, the date, and most importantly, the moderator(s).
The Abbott camp did not immediately return a request for comment on O’Rourke’s response and call for additional events.
The RealClearPolitics polling average — an average of various recent polls on the race — has Abbott up 6 points on O’Rourke. In that average, Abbott’s largest lead came in the CBS News poll which put him up 8 points, and the lowest in both the University of Houston’s and Quinnipiac’s polls at 5 points.
Posted by High Plains Pundit on August 10, 2022
Email ThisBlogThis!Share to TwitterShare to FacebookShare to Pinterest
Labels: Texas