Trump: ‘I want the Secret Service tapes far more than the Unselect Committee of political hacks and thugs' 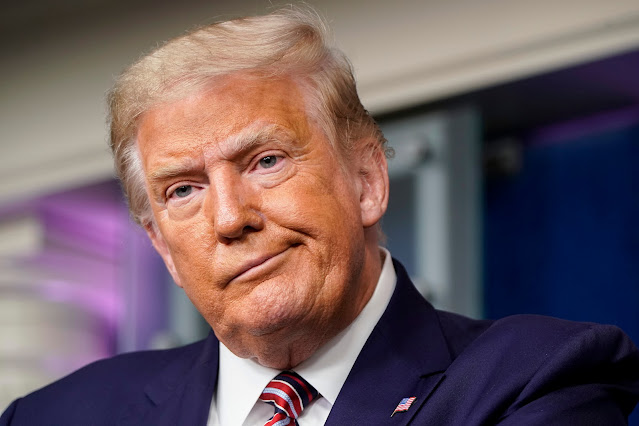 Former President Trump said in a post on his social media platform Truth Social that he wants records from the Secret Service “far more” than the House select committee investigating the Jan. 6, 2021, insurrection.
He said the records would show that he did not lunge at a Secret Service agent and grab the steering wheel of a presidential vehicle when he was told that he could not go to the Capitol during the riot.
Cassidy Hutchinson, a former top aide to Trump White House chief of staff Mark Meadows, testified to the committee last month that she heard an account of the incident from Tony Ornato, who was serving as the Trump’s deputy chief of staff at the time.
“I want the Secret Service tapes far more than the Unselect Committee of political hacks and thugs in that ridiculous and libelous story of me supposedly choking a big and strong Secret Service agent around the neck while the Beast (wrong car!) would be shown to be, as the Secret Service has already confirmed, fake (and fraudulent!),” Trump said.
The Secret Service has denied the account that Hutchinson gave, and Ornato and Robert Engel, the Secret Service agent that Trump allegedly lunged at, said they were willing to testify under oath to dispute Hutchinson’s testimony on the incident.
Hutchinson testified that Engel was in the room when Ornato told her about the moment and that Engel did not dispute any of the details.
Trump’s post comes as the Secret Service has fallen under controversy for apparently deleting text messages from Jan. 5 and 6, 2021, during what it says was a device replacement program. The agency has maintained that the messages were not deleted maliciously.
The committee issues a subpoena for text messages from the Secret Service, but Rep. Stephanie Murphy (D-Fla.) told MSNBC that the agency could not provide Congress with new texts from those two days.
Hutchinson also testified that Trump knew some of those in attendance at his rally at the Ellipse before the riot were armed and pushed for attendees to be allowed to bypass magnetometers to allow more people to attend.
Trump said in his post that he did not want “to be surrounded by strangers ‘with guns’ during my ‘Peacefully & Patriotically’ speech.”
Posted by High Plains Pundit on July 20, 2022
Tags: National