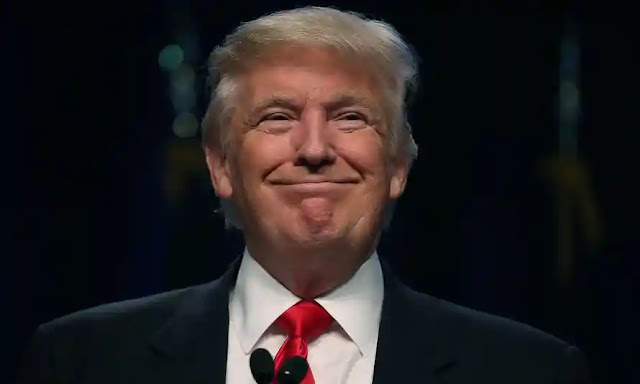 Former President Trump is holding discussions about announcing a 2024 campaign, sources told media outlets, with some current and former advisers believing it is a matter of when, not if, Trump will launch a third White House bid. ”
Multiple sources said that a campaign announcement as early as this summer has already been discussed, but cautioned the situation remains fluid and it’s unclear when the former president might actually jump into the race.
“I think there are people pulling him in that direction, and he’s open to it,” one former adviser said of an announcement before the midterms.
One source, who spoke on the condition of anonymity, argued there’s no rush for Trump to declare his candidacy. Trump remains the most popular and influential figure in the Republican Party, the source said, and the former president could afford to wait until he has a clearer campaign infrastructure in place before throwing himself fully into a White House campaign.
In the meantime, advisers close to the former president said Trump will continue holding rallies for his endorsed candidates across the country as a way to address his most ardent supporters and test out potential attack lines for a would-be campaign.
Multiple outlets reported in recent days that Trump had mulled a campaign launch as early as this month. Such an announcement would be remarkably early for a presidential campaign, with Election Day more than two years away.
Some Republicans, however, fear that if Trump were to move forward with an early campaign announcement, it could ultimately hurt the party in this year’s midterm elections by giving more weight to Democrats’ argument that the GOP remains inextricably linked to the former president.
“I think if he announces soon, it’ll be good for him, bad for the party,” one Republican strategist said. “Republicans have had a lot of success talking about the economy and inflation and all of Joe Biden’s screw ups. No one wants to turn around and have to talk about what Trump is doing.”
The former president’s desire to announce a campaign sooner rather than later is driven in no small part by a growing sense that such a move could help insulate him from the work of the House select committee investigating the Jan. 6, 2021, riot at the U.S. Capitol, according to one Trump World source.
Declaring a campaign for the White House would make it easier for Trump to cast the committee’s work as a partisan hit job designed to damage him before he ever has the chance to respond, the source said.
Former Department of Justice officials have testified publicly about Trump’s fixation on election fraud theories that were debunked, one by one, in the months following the 2020 election.
Cassidy Hutchinson, a former Trump White House aide, delivered damning testimony last week that Trump was aware some in the crowd on Jan. 6 were armed and complained that they were being kept out of the Ellipse while he delivered a speech urging supporters to march to the Capitol.
An early entry into the 2024 race would also likely make it more difficult for social media outlets like Twitter to uphold existing bans on Trump — something both Democrats and Republicans have acknowledged.
“If he’s the Republican nominee or if he’s a major candidate … I think probably anyone at Twitter would find a hard time saying that that person should be denied access to the platform,” Rep. Ro Khanna (D-Calif.) said during an appearance on CNBC’s “Squawk Box” earlier this year.
While polling shows that Trump remains the heavy favorite for the GOP’s 2024 nomination, there are signs that he may still be vulnerable to a challenge.
A University of New Hampshire Granite State Poll released late last month showed him trailing Florida Gov. Ron DeSantis, a rising Republican star and prospective 2024 contender, in a hypothetical 2024 matchup. Similarly, another recent poll from the University of Nevada, Reno, showed DeSantis’s favorability rating topping that of Trump.
Other would-be competitors for the 2024 nomination have also signaled an increasing willingness to move forward regardless of what Trump does. For instance, former Secretary of State Mike Pompeo, who was one of Trump’s most loyal Cabinet members during his time in the White House, has said that whether he runs in 2024 will not be contingent on Trump’s decision.
“I’m sure in some ways it would be uncomfortable,” Pompeo said last month during an appearance on CBS News’s podcast “The Takeout.” “I suspect it would be a little uncomfortable for him, too. We worked so closely together.”
There are other reasons for Trump to wait. Formally declaring his candidacy would trigger Federal Election Commission requirements about disclosing financial information, and it would limit how much Trump could raise from individual donors before November 2024.
One former Trump campaign adviser said Trump will still be the favorite for the GOP nomination upon entering the 2024 race. But his path to winning the primary will not be clear, they acknowledged, pointing to the strength of would-be challengers like DeSantis and the House committee’s work keeping the events of Jan. 6 front and center.
“At the end of the day, a nomination is a business decision,” the former adviser said. “Who is the best candidate that represents the party’s policies and values, but most importantly who can also win.
National