The Secret Service has some explaining to do 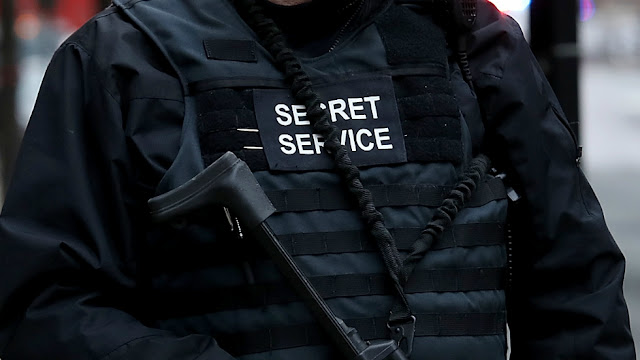 Somebody at the Secret Service has some explaining to do. It ought to be done promptly and under oath.
The inspector general of the Department of Homeland Security, of which the U.S. Secret Service (USSS) is a component, has told the House select January 6 committee that text messages sent by USSS agents around the time of the Capitol riot have been erased and are not retrievable. Inspector general Joseph V. Cuffari said he has learned that the erasure occurred “as part of a device replacement program.” Yet Cuffari maintains that the texts were erased after his office commenced an investigation into the USSS’s performance in connection with the riot and, more importantly, after he requested that the agency provide him with relevant electronic communications.
The USSS is pushing back against the IG. In a statement, as reported by the New York Times, the agency disputed parts of the inspector general’s findings, saying that it “lost” data on “some phones” as part of a preplanned three-month “system migration” in January 2021, but maintaining that no texts pertinent to the inquiry “had been lost in the migration.” The agency said that the project was underway before it received notice from the inspector general to preserve its data, and that it did not “maliciously” delete text messages.
This statement obviously raises two questions: (1) How did the USSS know whether texts were pertinent to the inquiry unless the agency reviewed them prior to erasing them? (2) If the agency had the capacity to review them, why not just save everything for purposes of the IG inquiry, and then erase once the IG said he no longer needed them (at least as long as erasing did not violate any record-keeping requirements under federal law)?
To recap what we’ve been following, the January 6 committee elicited from former White House staffer Cassidy Hutchinson testimony that then-president Trump had gotten into a physical altercation with his security detail out of anger that the USSS was refusing to take him to the Capitol after his Ellipse speech (in which he told his followers he would be going there with them). Following this testimony, it was reported through unidentified sources that (a) the two USSS agents said to have been in the fracas, Agent Robert Engel, who headed Trump’s security detail, and the agent who was driving the SUV (the steering wheel of which Trump allegedly grabbed), were prepared to testify that no such skirmish occurred, and (b) Agent Tony Ornato, the former head of security at the White House, was prepared to go even further and deny that he had told Hutchinson about the skirmish, as she testified he did.
It has been reported that Engel and Ornato had been deposed by the committee before Hutchinson’s testimony. Although it is said that they made no mention of any physical altercation, the committee reportedly did not reinterview them before adducing Hutchinson’s second-hand account. Meantime, committee chairman Bennie Thompson told the Times that neither Engel nor Ornato had yet come in for another interview but that the panel was in discussions with them.
What is there to discuss? The committee has subpoena power, the USSS says it is cooperating with the probe, and the anonymous sources close to them indicated that the agents were eager to weigh in on Hutchinson’s version of events.
The USSS statement notwithstanding, the IG implies that agents were hostile to his inquiry. The Times says Cuffari claims that “Secret Service personnel were declining to provide records to his office without first having department [presumably DHS, not USSS] lawyers review them, a process that he said was causing ‘weekslong delays’ and ‘confusion.’”
This is not the first time we’ve heard this kind of story. Recall, to take one recent example, that lawyers and other staffers on Special Counsel Robert Mueller’s investigation of alleged Trump–Russia collusion “accidentally” wiped their phones after the Justice Department IG discovered anti-Trump texts on since-fired FBI agent Peter Strzok’s government-issued phone.
In any event, given how easy it is to preserve such information, these tales of unintentional erasures and data “lost” during government “system migrations” are highly suspicious to say the least. And if federal prosecutors subpoenaed you for your text messages, good luck with telling them that you seem to have lost them in a “system migration.” You’d be indicted.
This needs to be explained, under oath — and preferably in public. The USSS has a well-known antipathy toward any discussion of interactions with protectees. That is understandable. Protection of this kind is intrusive and often awkward. The agents need the trust and cooperation of their charges if they are to provide good security, and they won’t get it if protectees believe their privacy is going to be invaded and their worst moments (and we all have them) are going to be publicized.
That’s why one wishes the committee had not opened this can of worms without making sure the story was both accurate and necessary to tell. I don’t see why it was necessary. No one seems to deny that President Trump wanted to go to the Capitol and became incensed when he was not taken there. Since it would have been egregious for about a million reasons for him to have gone there, the fact that he was determined to go and angry about being thwarted are plenty bad enough. A minor physical altercation adds little. In the cost–benefit analysis of things, the paltry value of the skirmish story (even if a congressional committee of Trump opponents is titillated by it) is easily outweighed by the harm done to the Secret Service’s mission.
But even so, it would not give the Secret Service the right to ignore the law, under which agents have the same duty as everyone else to comply with lawful demands for information. At the moment, we can’t say whether the erasure of data was accidental, nefarious, or material. We are owed answers.
Posted by High Plains Pundit on July 16, 2022
Email ThisBlogThis!Share to TwitterShare to FacebookShare to Pinterest
Tags: National