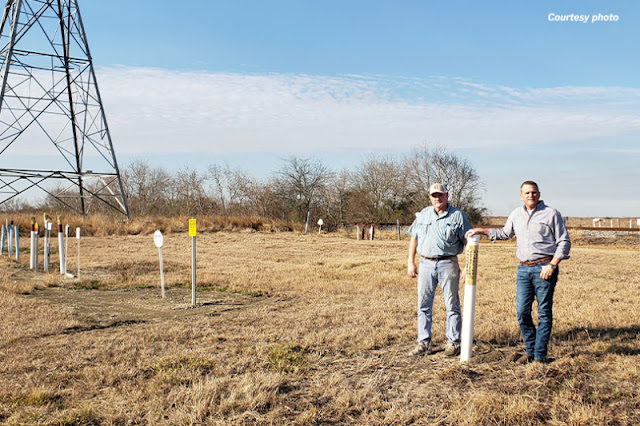 In late May, the Texas Supreme Court issued its opinion in the eminent domain case Hlavinka et al. v. HSC Pipeline Partnership, LLC.
The case was brought forward by Terry Hlavinka, a Brazoria County landowner and Farm Bureau member, for a 13,000-acre property with multiple pipeline easements across it.
HSC wanted to install a polymer-grade propylene pipeline across the property, but Hlavinka rejected HSC’s offer for the 30-foot pipeline easement. Because the parties were unable to reach an agreement, HSC filed a condemnation suit.
Hlavinka challenged the condemnation proceedings and offer from HSC Pipeline, as well as argued that his testimony related to the damages and methodology for the easement should not have been excluded from the trial court’s hearing.
He testified that he should be able to use privately negotiated pipeline easement transactions as evidence of market value in condemnation proceedings, and the Texas Supreme Court agreed.
“This ruling is extremely important for Texas landowners,” Regan Beck, Texas Farm Bureau director of Government Affairs, said. “The Texas Supreme Court’s decision helps level the playing field and gives landowners a chance to receive fair market value for pipeline easements.”
A new trial to determine the market value was ordered.
The Texas Supreme Court, however, did not uphold Hlavinka’s legal challenges to the pipeline’s ability to exercise eminent domain for a pipeline to a single customer.
“In this case, HSC’s pipeline would carry polymer grade propylene to one single customer,” Beck said. “Mr. Hlavinka argued that this pipeline should not be considered a common carrier line because it does not serve the public, only one customer.”
The ruling is still considered a victory for Texas private property rights.
“We are pleased with the Texas Supreme Court’s decision,” Beck said. “Although the court didn’t rule in the favor of the Hlavinka family on both issues, it is still a big win for Texas landowners who are negotiating easement agreements.”
Texas