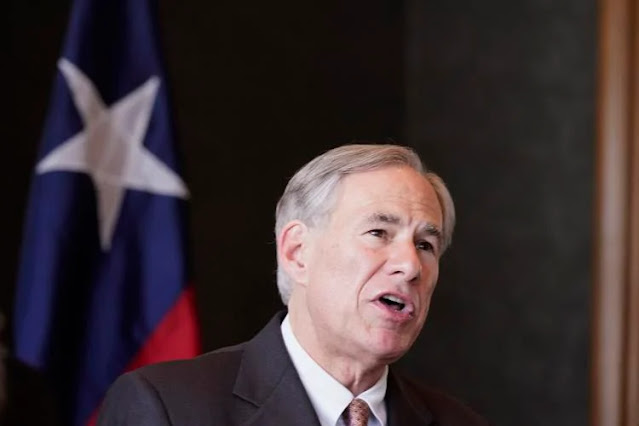 By Bethany Blankley
After the Bureau of Economic Analysis reported a second quarter of negative GDP growth, signaling the U.S. is in a recession, two Texas groups that have been consistently advocating for fiscal responsibility, restraint and lower taxes say the state legislature must enact additional pro-growth and low-tax policies to relieve the financial pain Texans are experiencing.
While President Joe Biden has denied there’s a recession, the BEA reports that real Gross Domestic Product has decreased for two consecutive quarters, with the most recent data showing a decline of 0.9% from April to June.
“The decrease in real GDP reflected decreases in private inventory investment, residential fixed investment, federal government spending, state and local government spending, and nonresidential fixed investment,” the BEA reported Thursday.
Analysts at the Texas Public Policy Foundation and Texans for Fiscal Responsibility argue the first thing the Texas Legislature should do is lower taxes and return much of the historic $27 billion surplus to taxpayers.
Democrats’ approach in Washington, D.C., to increase taxes, the groups argue, is one of the worst approaches to take.
“Americans are struggling in the Biden economy,” TPPF Chief Economist Vance Ginn said. “Consumer expectations about the economy have dropped to the lowest in nearly a decade. Small business sentiment is at a 48-year low. Even as the Biden administration is stuck on how to define a ‘recession,’ Americans feel this depressed economy. This stagflation on steroids hasn’t been seen in a generation and it is the direct result of the economic policy disaster coming out of D.C.
“Instead of increasing corporate welfare, raising the national debt, and likely driving inflation higher, the answer should be to reduce the cost of doing business by reducing spending and eliminating job-killing regulations, which is a proven recipe for prosperity.”
The state’s historic $27 billion surplus, which Texans for Fiscal Responsibility’s Jeramy Kitchen describes as “over-collected taxpayer dollars,” should be returned to taxpayers, especially in the form of property tax relief.
Gov. Greg Abbott’s pledge that a “very large property tax cut is coming next session” came after legislation to enact meaningful property tax reform was blocked in the Republican-controlled House last legislative session.
The bill, introduced by state Sen. Tom Oliverson, R-Cypress, was based on a TPPF proposal to reduce, and eventually eliminate, residential property taxes. After seven years in office, Abbott found himself at odds with conservatives after it failed to pass and property taxes continued to rise.
TPPF’s "Lower Taxes, Better Texas" plan devised a way to eliminate property taxes over time by using excess state revenue to pay down local school taxes. Public school district taxes constitute the largest portion of property tax bills. A new tax structure, if implemented, would move toward funding local governments primarily through sales tax revenue.
The proposal would “eliminate property taxes for every Texan by 2033 or sooner, while also making structural changes to the system that prevent year-to-year spikes in tax bills and rein in irresponsible local governments,” it states.
“Texans will never experience the peace of mind that comes with owning their home until property taxes are eliminated," Ginn said. "Until then, Texans are simply renting their home from the government, always with the fear that taxes could become so exorbitant they can no longer afford to stay.”
The Tax Foundation notes that Texas’ tax structure relies heavily on property taxes in lieu of other major tax categories like not having a personal state income tax.
“This often involves greater devolution of authority to local governments, which are responsible for more government services than they are in states with greater reliance on state-level revenues,” it states.
Homeowners in Texas currently pay the sixth-highest property taxes in the U.S., with many seeing double digit increases in their bills in one year.
Texans for Fiscal Responsibility president Tim Hardin told The Center Square that property taxes have increased nearly 200% in the last 20 years, “with no sign of stopping.” The “historic property tax reform” touted during the 2019 legislative session “has resulted in no tax relief for anyone,” he said.
“Our tax problems can be solved the same way that we have to solve our personal budgets: cut spending. Not slow the rate of growth of spending,” he said, but “actually cut spending and reduce the size of government.
“We are literally drowning in surplus dollars and the legislature is already looking for ways to use that to grow government. Texans must demand our money back in the form of property tax relief and a significant reduction in the size of our government.”
The group has proposed the “Texas Prosperity Plan” to reform the state budget process. It includes banning taxpayer-funded lobbying, passing meaningful property tax reform, and freezing the state budget. The state budget has quintupled since 1990 and is on track to triple since 2000, Hardin said, as Texas’ population has increased by 40% over the past 20 years.
In the meantime, Kitchen is encouraging taxpayers to demand their local officials adopt “no new revenue rates” as next year’s operating budgets are currently being finalized.
Texas