Texas cattle sales picking up due to drought 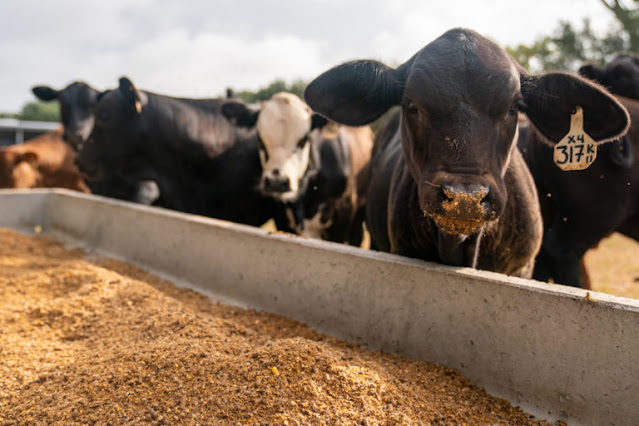 Tough decisions are being made around Texas as drought conditions force ranchers to cull cattle herds due to lack of forage.
Cattle producers must decide whether to continue feeding by purchasing available hay or find other economical feed options, or simply pare down herd numbers.
Jason Banta, Ph.D., Texas A&M AgriLife Extension Service beef cattle specialist, Overton, said phone calls and emails have picked up quite a bit over the past week as ranchers seek options for managing cattle numbers.
“It is important for producers to consider how much hay they may need to feed to get through until forage conditions improve or how much feed it will take to stretch hay supplies if they are considering that option,” Banta said. “Can they find hay to purchase, and if they can, what does it cost and what will that combination of hay and feed cost per day per cow? If the decision is made to reduce cow herd numbers, you are better off making these decisions sooner than later.”
Feeding challenges
Banta said future calf sales may not offset feed expenses depending on daily feed costs to keep cows.
For many producers, Banta said it will likely cost $3.50 to $4 a day to feed a dry cow. That means it could cost $400 to keep the cow for the next 100 days if conditions do not improve significantly. At that price, he said spending levels on feed could exceed expected future increases in calf prices.
Prices for supplemental feed like range cubes and hay have continued to increase, according to AgriLife Extension reports from around the state. Range cubes reached $400 per ton near College Station in recent weeks while round bales were starting to fetch $75-$80. For weeks, AgriLife Extension agents have reported $80-plus bales in drier areas of the state.
Hay production in East Texas alone was only 25%-50% of normal yields, according to district reports. Feed grain corn and sorghum yields in the southern half of the state have been well below normal as well compared to feed demands that have been well above average across the state.
“Part of the challenge right now is thinking about how many cows are getting culled and what that could mean to calf prices moving forward,” Banta said. “People still have the thought from what happened to calf prices after the droughts of 2011 and 2012. However, if we don’t make a good corn crop, how is that going to impact calf prices, or what if we have a recession? In many situations it may make more sense to reduce cow numbers instead of trying to feed the entire herd.”
Water availability
While the main concern for most ranchers is forage, water availability could become a serious concern in the next 60 days, Banta said.
“Most producers haven’t had widespread water issues yet, but certainly conditions could worsen without sufficient rainfall and runoff,” Banta said.
Banta also reminded producers to regularly monitor water sources and fence off any ponds that are extremely low to prevent cattle from potentially getting stuck.
Farm and Ranch