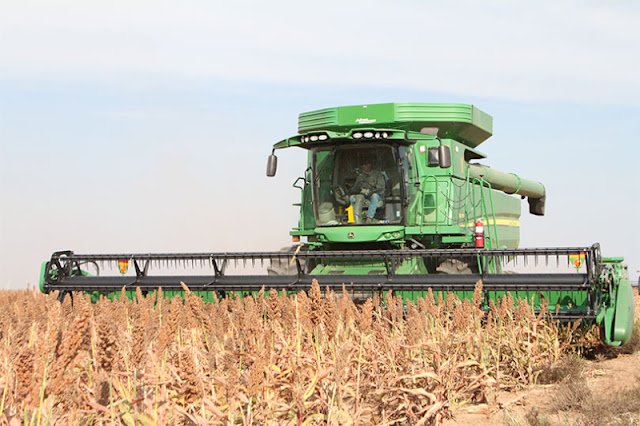 Farmers and ranchers lose sleep during their busy seasons, according to a study published by the University of Nebraska—Lincoln.
The study collected data among farmers and ranchers from a five-state region in the Midwest. They monitored the sleep of 40 farmers and ranchers ranging from the ages of 22 to 73.
Data was collected to observe the quantity and quality of sleep of farmers and ranchers during peak and non-peak seasons. Each participant wore an Actigraph Spectrum Plus, a device that monitors continuous data on daily motion and activity, on their wrist for a week during a busy season and again on a slower, more routine week. Data collected in the two weeks was compared to identify different sleep patterns in each season.
The busy season includes planting, harvesting and calving. These seasons bring long workdays and lead to the potential for loss of sleep.
The study found that farmers and ranchers slept for 28 minutes less during the busy season. The lack of sleep may not sound like much, but in the long run, it adds up and can lead to chronic sleep deprivation, according to the researchers. That can then lead to farmers and ranchers having a higher risk of accidents or injuries.
“Half an hour less sleep in one night is no big deal,” said Amanda Prokasky, assistant professor of education and child development at the University of Nebraska Medical Center. “But when you start subtracting 30 minutes of sleep every night for four to six weeks during a busy season, that sleep deficit can become pretty significant.”
Researchers said that with a minor change in their routine, farmers and ranchers could prevent the risk of sleep deprivation. They suggest simple tasks like taking a nap during the day or break during harvest, making additions to equipment that help monitor animals or adjusting schedules.
According to the Occupational safety and Health Administration, farming and ranching are among the most dangerous occupations.
Because farmers and ranchers constantly work with machinery and livestock, it is important they are well rested to prevent accidents caused by drowsiness and exhaustion.
The researchers plan to create educational interventions on the importance of sleep for farmers and ranchers, especially during the busiest seasons.
Farm and Ranch