Russia plans to leave ISS by end of 2024 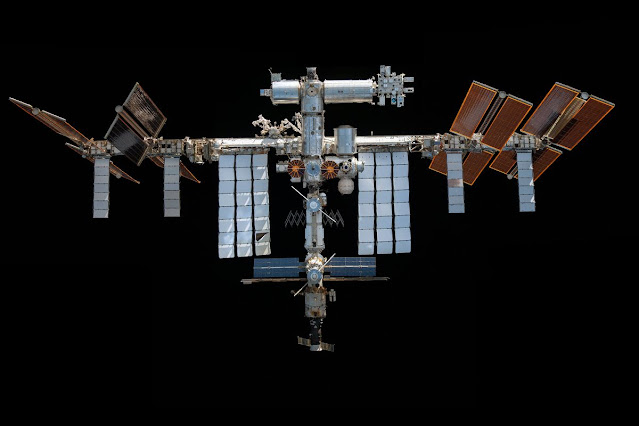 One of our longest-standing partnerships with the Russians is allegedly going to be coming to an end in roughly 29 months. The Russians announced today that they will be pulling out of our partnership in manning the International Space Station at the end of 2024. According to the statement from the Kremlin and the Russian space agency Roscosmos, the Russians will build their own space station and do it by themselves. There have been clear suggestions that the Russians might do this as a response to all the sanctions they’ve been put under because of the invasion of Ukraine, but as the head of Roscosmos said, “the decision has been made.”
This announcement has an air of ‘so take that‘ about it, but they at least seem to be serious about it for now. At the same time, it really doesn’t sound all that practical and ignores other options. Do the Russians really have the personnel and resources available to begin work on building and launching an entirely new space station on their own? The question is particularly pertinent when you consider that they’re currently in the middle of a war and can barely afford to keep fielding troops. Unless the war ends and the sanctions start being lifted, their economy will only continue to deteriorate.
Rather than building their own station, wouldn’t it have made more sense to offer to partner with the Chinese? After all, they are already partners in the new Axis of Evil anyway and the Russians have some experience to offer. Plus, China’s space station is already under construction and will be ready to go fully into use long before the Russians could build one from scratch, assuming that’s even possible.
I’m not sure how I feel about this announcement to be honest. Regular readers likely know that I’m a huge fan of space travel and all of the science that goes along with it. And despite all of the bad things about Russia, it’s always seemed as if the scientists, astronauts, and cosmonauts involved in these projects were able to rise above the differences between our two nations to work on something larger than ourselves.
But at the same time, we’re still talking about Vladimir Putin’s Russia, at least for now. That lunatic has proven to the world that he is a bad actor in every sense of the term and he can’t be trusted. We have plenty of other partners for space travel from the European Space Agency, Japan, and others. There is also the civilian space race to keep in mind. As an interesting side note, SpaceX is scheduled to bring a Russian cosmonaut to the ISS in September. Even if this relationship is never patched up, it won’t be an issue for all that long anyway. The ISS is scheduled to finish its mission and be crashed into the Pacific Ocean in early 2031.
Posted by High Plains Pundit on July 26, 2022
Email ThisBlogThis!Share to TwitterShare to FacebookShare to Pinterest
Tags: World