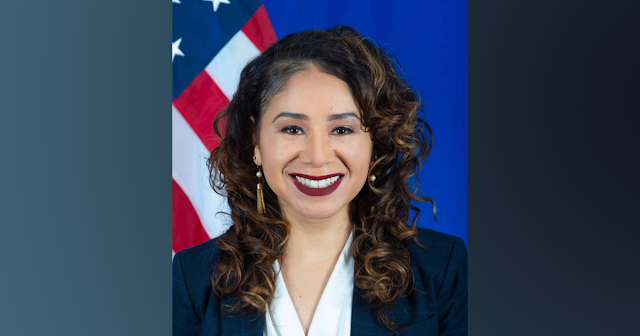 Republican lawmakers are calling for an inquiry into a new State Department equity position they are calling a “woke czar.”
Republicans on the House Oversight Committee are leading the charge against President Joe Biden’s appointment last month of Desirée Cormier Smith as the first “special representative” for the State Department’s “Equity Action Plan.”
“The Special Representative position continues the Biden Administration’s prioritization of a radical, progressive agenda the American people consistently reject,” the letter said. “Committee Republicans question the necessity of this new position. Further, we are concerned about wasting taxpayer dollars on an undefined role which categorizes and further divides Americans instead of focusing on the Department’s mission to ‘protect and promote U.S. security, prosperity, and democratic values and shape an international environment in which all Americans can thrive.’
“The Special Representative is the latest evidence the Biden Administration is willing to devote time, funding, and other government resources to enact divisive policies,” they added.
The State Department said in its announcement that Smith would “help ensure that racial equity and support for underserved communities remains central to our foreign policy.”
In a State Department video in the rollout for her position, Smith pointed to Biden’s new “whole of government approach” to advancing “equity” by “centering it in our foreign policy.”
Republicans argued that focus is a distraction from bigger national security goals and is actually just a vehicle for advancing a “radical, progressive agenda.”
The letter points to reports that Smith would also be tasked with dealing with disinformation, an effort that has landed federal agencies in hot water in recent months.
The lawmakers pointed to the Department of Homeland Security’s new Disinformation Governance Board, which has been the subject of much pushback and saw its leader ousted after her controversial social media videos surfaced.
They also requested documents, communications, procedures and more related to the position.
“The Special Representative makes the United States the global mouthpiece for divisive ideologies rather than democracy, equality, and freedom,” the letter said. “As the American people struggle under the Biden Administration’s domestic and foreign policy, Committee Republicans question the value and wisdom of continuing to pursue an agenda grounded in waste and division. Committee Republicans are concerned with the Biden Administration’s emphasis on ‘equity,’ which – by the Administration’s highest-ranked officials’ own admissions – often runs contrary to the American ideal of equality.”
“Inequity, racism, and xenophobia are threats to Democracy and run contrary to the principles of the Universal Declaration of Human Rights that all human beings are born free and equal in dignity and rights, yet they remain a painful part of the lived experiences of many people around the world,” she said.
Democrats welcomed the new role after Smith’s appointment was announced in June.
“We applaud the Biden administration’s creation of the new position of Special Representative for Racial Equity and Justice as a positive step forward in our continued efforts to advance a freer, more just, and inclusive global society,” U.S. Sen. Bob Menendez, D-N.J, who chairs the Senate Foreign Relations Committee, and Rep. Gregory Meeks, D-N.Y., who chairs the House Foreign Affairs Committee, said in a joint statement. “The appointment will play a critical role in streamlining our efforts to secure human rights and fight inequality around the world. As we called for in our letters to Senate and House Appropriations Committees last year, the new position reflects the strength of our nation’s commitment to foster diversity, equity, and inclusion in international affairs.
“As we face the rise of authoritarian regimes pushing racist rhetoric, discriminatory laws, and other fear-based tactics to undermine basic human rights and governance, the Special Representative will work to ensure that our policy and programs promote the safety, security, and prosperity of marginalized communities worldwide,” they added.
Posted by High Plains Pundit on July 05, 2022
Email ThisBlogThis!Share to TwitterShare to FacebookShare to Pinterest
Tags: National