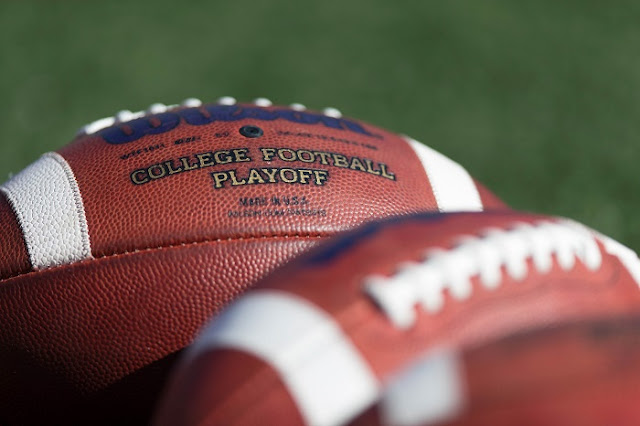 According to CBS Sports’ Dennis Dodd, there is a growing interest from the College Football Playoff Expansion Committee in the 16-Team playoff model.
In June, a meeting was held between the FBS commissioners in Park City, Utah, and it apparently went as well as one could expect.
“We didn’t solve anything, but we had a really good meeting,” an anonymous participant of the meeting told CBS Sports. “I came out of that meeting pretty optimistic. Then, five days later, boom. I don’t know what kind of effect we had on it. We had the best meeting we had in over a year.”
As Dodd points out, the “boom” moment was when USC and UCLA decided to make the jump from the Pac-12 to the Big Ten. Despite that, commissioners feel good about playoff expansion, so much so that Big Ten commissioner Kevin Warren recently expressed interest in looking at the 16-team model.
“I do want to look at 16,” Warren told CBS Sports at Big Ten Media Days. “I want to look at all of them. I want to look at everything but four.”
On Tuesday, Warren said that he was “100%” in support for expansion but then told The Athletic that he was going to soften his stance towards the top six highest-ranked champions getting automatic bids into the playoff.
That aligns well with what SEC Commissioner Greg Sankey said last week at SEC Media Days when he was asked about the need for automatic bids to the playoff.
“No, I’m not going to come back to that. I’m against that,” Sankey said. Clearly, the Big Ten and SEC are starting to see things more similarly after they lost the opportunity for CFP expansion until 2026. Even Sankey talked about one of the larger playoff models with 12 teams as one of the favorable options.
“The pressure was there to have conference access with some guarantee,” Sankey said of CFP expansion talks. “So the 12-team, six at-large, which increases the at-large access, and six conference qualifiers, not automatic qualifiers, but the guarantee that the six best conference champions was a really good balancing outcome.”
Not only is an expanded playoff good for the sport, it is also a huge driver of cash flow for the sport. According to CBS Sports sources, a 12-team playoff model would be valued at approximately $1.2 Billion annually. If new found support of the 16-team model continues to grow, imagine what the dollar amount attached to that might be.
Another reason to like the 16-team model is access, or the lack thereof right now. Sometimes, losing one game is all it takes to be taken out of the playoff picture. Just ask 2015 Baylor and TCU how frustrating that is.
“I don’t have a problem with 16,” said Barry Alvarez, Big Ten senior advisor for football. “I think we need more access. College football needs more access to the playoffs. It used to be every game was important. Now, you see people lose interest when someone loses a game early. Well, they’re out of the playoff.”
We can all agree that expansion is needed, and that it is good for the sport as a whole. More access, more money, and more viewers; it’s a win-win-win. Now, the powers that be just have to agree on the number.
Sports