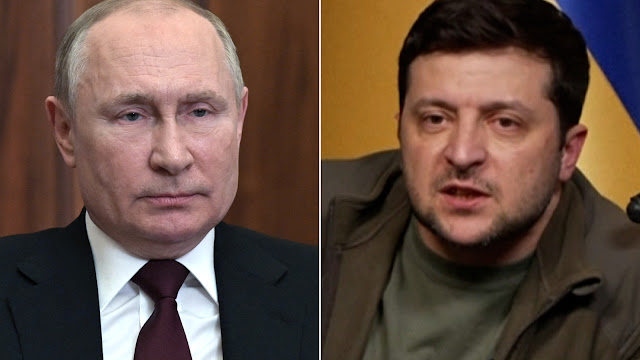 So much for that grain export deal, I guess. Before the ink was even dry on the deal that was signed in Turkey, Russia turned around and shelled Odesa.
And now, Russia’s Foreign Minister has come out and announced that the eventual goal of Russia in Ukraine is to free its people from Ukraine’s 'unacceptable regime'. That certainly sounds like a plan to overthrow and replace the current government in Kyiv, doesn’t it?
The remark from Lavrov comes amid Ukraine’s efforts to resume grain exports from its Black Sea ports —something that would help ease global food shortages — under a new deal tested by a Russian strike on Odesa over the weekend.
“We are determined to help the people of eastern Ukraine to liberate themselves from the burden of this absolutely unacceptable regime,” Lavrov said at an Arab League summit in Cairo late Sunday, referring to Ukrainian President Volodymyr Zelenskyy’s government.
But later in Sergei Lavrov’s remarks given in Cairo yesterday, he sprinkled in a few specifics that might suggest a somewhat more modest goal. No matter what he meant, however, it clearly doesn’t sound like the Kremlin is ready to pack up and go home and leave Ukraine alone.
It’s hard to say if this was even an official policy shift on the part of the Russians. Despite the fact that he’s a highly placed official in the Kremlin, Lavrov spouts all sorts of incendiary comments on a regular basis, only to say something entirely different a few days later.
It’s also unclear if he was talking about actual “regime change” for the entire country of Ukraine, which would require overthrowing the government in Kyiv. Later in his remarks, Lavrov went on to say that Russia was determined to “help the people of eastern Ukraine to liberate themselves.” That could imply that he’s only talking about the largely Russian residents of the Donbas region, which they are already in the process of taking over. But then he switched things up yet again, saying that Russia would “help the Ukrainian people to get rid of the regime.”
So which is it? Is he talking about just the eastern region or the entire country and all of “the Ukrainian people?” Those are two very different things and Lavrov’s comments were ranging all over the place.
I don’t think anyone seriously believes at this point that Russia is capable of conquering the entire country any time soon. We only recently looked at reports suggesting that the Russians are running out of troops and may not even be able to hold the eastern oblasts that they’ve seized control of. But Putin probably doesn’t want the people back home to be demoralized or start thinking that the war may be lost, so this could just be some bluster intended for domestic consumption.
I suppose it’s no longer possible to figure out what’s going through Mad Vlad’s head these days. Just last month, Russian state television claimed that Putin wants to eventually take over part of Poland, expanding Russia’s territory considerably to the west. But Poland is a NATO member, so any strike on their territory would trigger a massive European (and American) strike in response, once again leading us back to a world war 3 scenario. I suppose it’s best to just sit back and wait to see what the Russians do next. Either way, we don’t seem to be any closer to an end of the war in Ukraine than we were five months ago.
Opinion