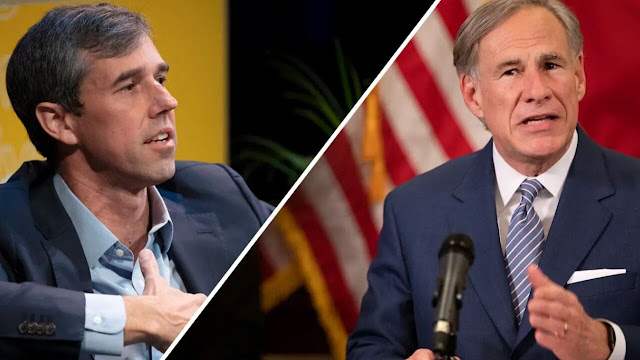 Texas Gov. Greg Abbott (R) and his Democratic challenger Beto O’Rourke on Friday both announced massive fundraising hauls ahead of the state’s closely watched gubernatorial race in November.
O’Rourke’s campaign announced it raked in $27.6 million from Feb. 20 to June 30, which came from more than 511,000 contributions. The campaign said that the average donation to O’Rourke was $54. Additionally, 98.9 percent of the funds came from online donations, it said.
It’s the most money a candidate running for statewide office in Texas has ever raised during a campaign finance reporting period, according to The Texas Tribune.
In a statement, O’Rourke touted what he said is his campaign’s grassroots strength.
“We’re receiving support from people in every part of Texas who want to work together to ensure our state moves beyond Greg Abbott’s extremism and finally leads in great jobs, world class schools, the ability to see a doctor, keeping our kids safe and protecting a woman’s freedom to make her own decisions about her own body, health care and future,” he said.
But Abbott’s haul was not far behind. The incumbent governor’s reelection campaign said he raised $24.9 million during the same period from about 113,000 contributions. According to Abbott’s campaign, 86 percent of donations came from Texas. The campaign’s cash-on-hand total at the end of the period was just under $46 million.
O’Rourke’s campaign did not say how much cash it had on hand at the end of the reporting period.
“Texans continue to show their support for Governor Abbott’s campaign by donating to his campaign. As we move into the heat of the summer campaign, we’re well positioned to fund all our campaign efforts,” said Gardner Pate, Abbott’s campaign chairman.
The race is one of the more closely watched governor’s races this cycle as Democrats work once again to flip the state blue. O’Rourke’s 2018 Senate race against Sen. Ted Cruz (R-Texas) was one of the closest in the Lone Star State in decades, but he ultimately fell short. And in 2020, Republicans made gains in various parts of the state and defended a Senate seat.
While O’Rourke’s record-breaking is notable, he faces an uphill climb against Abbott. A poll from the University of Houston’s Hobby School of Public Affairs shows Abbott leading O’Rourke 49 percent to 44 percent among likely voters, with 5 percent undecided. Meanwhile, a University of Texas-Texas Politics Project poll released earlier this month found Abbott leading O’Rourke by 6 points.
The non-partisan Cook Political Report rates the race as “likely Republican.”
Texas