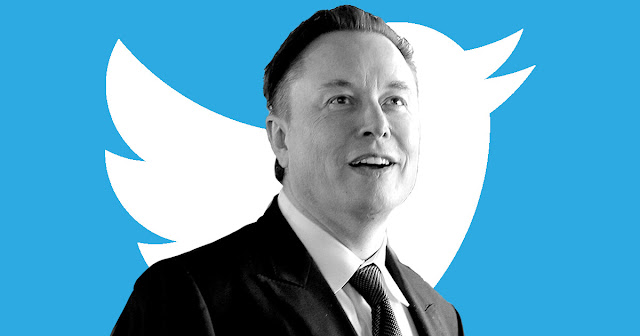 Many have been predicting for weeks that Elon Musk would pull out of the deal to purchase Twitter. Now it has happened.
Musk’s lawyers sent a letter to Twitter saying he is “terminating their merger agreement,” according to the filing.
In the letter to Twitter, Musk’s lawyers accused Twitter of having “failed or refused to” hand over information that would help Musk and his team ascertain the true number of bots or spam accounts on the website.
“Sometimes Twitter has ignored Mr. Musk’s requests, sometimes it has rejected them for reasons that appear to be unjustified, and sometimes it has claimed to comply while giving Mr. Musk incomplete or unusable information,” the letter continues.
Media outlets reported yesterday that the deal was in jeopardy. Musk has claimed that’s because he can’t verify how many “users” on the site are actually bots. However, there’s a much more obvious reason for him to want to scuttle the deal.
Twitter’s share price has fallen dramatically since his takeover bid in April, leading to the impression that he is overpaying. And Musk also runs two other major companies, Tesla and SpaceX, along with some start-ups.
But the terms of the deal mean it wouldn’t be easy for Musk to walk away. Musk has agreed to complete it unless something major happens to Twitter’s business, and legal experts doubt the bot issue would qualify. Twitter, which initially fought Musk’s takeover bid, would be a weaker company if the deal falls apart than when Musk first bought a stake, and experts expect Twitter to fight to get it done. Twitter itself has said it intends to complete the deal. Even if Musk convinces a judge to let him walk away, he could still be on the hook for the deal’s $1 billion breakup fee.
But Twitter doesn’t seem interested in the breakup fee. They want the overpriced buyout and claim they’re ready to fight in court for it.
The chair of Twitter’s board, Bret Taylor, tweeted Friday that the board is “committed to closing the transaction on the price and terms agreed upon with Mr. Musk and plans to pursue legal action to enforce the merger agreement. We are confident we will prevail in the Delaware Court of Chancery.”
Twitter could have pushed for a $1 billion breakup fee Musk agreed to pay under these circumstances. Instead, it looks ready to fight over the deal, which the company’s board has approved and CEO Parag Agrawal has insisted he wants to consummate.
So far, Musk hasn’t tweeted anything about the deal being off. Maybe that’s because he has agreed to let his lawyers handle it. As for Twitter’s threat to enforce the deal in court, that may work well for the people at the top but reports have suggested the actual workforce at Twitter, which is made up entirely of progressives, hated the idea of being bought out by Musk. They are going to be celebrating this news and probably not happy at the idea of the company trying to salvage a deal they never liked in the first place.
At this point maybe both sides are just playing hardball. Musk might be trying to renegotiate for a better price and Twitter might be fighting for the deal solely so they can demand the $1 billion breakup fee. With this amount of money involved it’s probably best to assume no one is playing this straight.
National