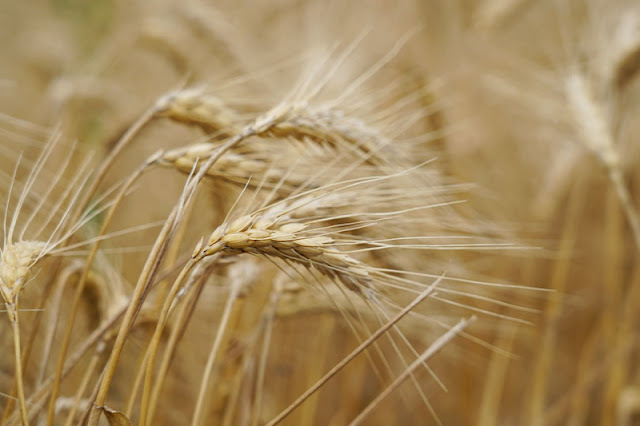 Texas wheat harvest is winding down, putting an end to a year that most wheat farmers want to forget. The Texas Crop Progress and Condition Report shows wheat harvest now over three-quarters complete.
For the entire growing season, the Texas wheat crop was the worst in the nation with around 80% of it rated poor to very poor. Farmers like Tom Gregory of Petersburg harvested a fraction of the wheat planted last fall.
“We’ve got 60 acres of irrigated wheat that we will harvest,” Gregory told the Texas Farm Bureau Radio Network. “I don’t expect the yields on that to be around 25 to 30 bushels, which is not very good irrigated wheat.”
Gregory planted about 400 acres of dryland wheat last fall, but there was never enough moisture to sprout it until this spring.
“It just started coming up the first of June. I don’t think I’ve ever seen a wheat crop lay in the seedbed from October to June and then sprout, but we’re seeing that,” he said. “That’s a first for me in my 25 years of farming.”
Kody Carson farms between Lubbock and Amarillo, and he said the same thing happened to him.
“I had wheat seed laying in the seedbed all year long. If I could have sucked it back up out of the ground, I could reuse it this fall,” Carson said. “We had a few places where we got a little moisture that sprouted it. Then, it died.”
Even Carson’s irrigated wheat made a poor crop. After six weeks of irrigation, he was lucky to get a 20% crop.
Donna Hughes, a senior risk management consultant for StoneX in Abilene, said it was not a good year for wheat in the Texas Big Country.
“Obviously, this season was disappointing for many,” she said. “If crops were not disastered out because of weather, yields were off a lot from where they generally are.”
It’s easy to focus on the 80% of the Texas wheat crop that looks awful, but that does leave 20% of the crop that looks good. Much of that wheat is in Northeast Texas.
Anderson County Farm Bureau member Braden McInnis grows wheat in the river bottoms near Corsicana and Palestine. He said conditions were dry this spring, but that actually helped the wheat on his heavy, river bottom soil.
“We’ve been abnormally dry throughout the fall, winter and spring, but on this heavy black clay, we seem to always do a little better when it’s dry,” McInnis said.
The yields show it. McInnis is harvesting an excellent crop.
“Over our four-county average, I’d say we’re harvesting 65 bushels,” he said.  “The stuff farther south was a little better, I’d say closer to 70 bushels.”
The U.S. Department of Agriculture is projecting Texas wheat production at 40.3 million bushels this year, down 46% from last year. Yield per acre is expected to average 31 bushels, down six bushels from 2021. Harvest acreage is estimated at 1.3 million acres, down 35% from a year ago.
Farm and Ranch