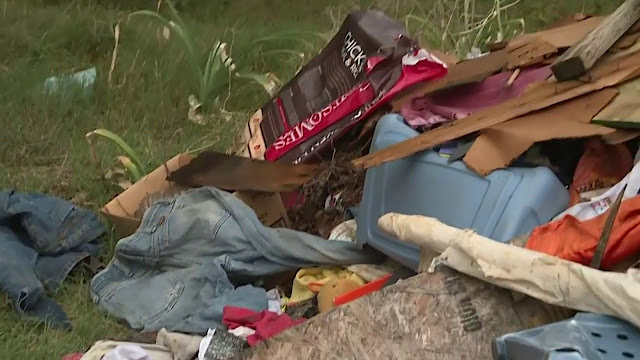 The Justice Department on Friday announced it has opened an environmental justice investigation into the city of Houston over allegations that its response to illegal dumping in primarily Black and Hispanic neighborhoods violated the Civil Rights Act.
The Civil Rights Division and the U.S. Attorney’s Office for the Southern District of Texas will investigate whether the nation’s fourth-largest city violated Title VI of the Civil Rights Act, which prohibits recipients of federal financial assistance from discriminating on the basis of race, color or national origin.
The investigation will focus on the city’s response to reports of illegal dumping and was launched after a complaint filed by Lone Star Legal Aid. The complaint alleges that the city denied services and failed to enforce municipal codes and permitting restrictions when responding to illegal dump sites in its northeast portion.
Kristen Clarke, the assistant attorney general for civil rights, said illegal dumping of furniture, tires, medical waste, trash and even dead bodies in this area has attracted rodents, mosquitos and other vermin that pose a health risk, contaminated surface water and impacted drainage, making the area more vulnerable to flooding. The dumping has also lowered property values for Black and Hispanic residents, in violation of Title VI.
“Illegal dumping is a long-standing environmental justice issue, and like many other environmental justice issues, it often disproportionately burdens Black and Latino communities,” Clarke said during a news conference. “No one in the United States should be exposed to risk of illness and other serious harm because of ineffective solid waste management or inadequate enforcement programs.”
The investigation will focus on three city departments — Neighborhoods, Solid Waste Management and Police — and on the 311 system, all of which receive federal funding. The Justice Department began by sending the office of Democratic Houston Mayor Sylvester Turner a request for information and documents.
“This DOJ investigation is a slap in the face to the City and the many people who diligently work to address illegal dumping daily and prevent environmental injustice,” Turner said through a spokesperson, calling it "absurd, baseless, and without merit."
In May, the Justice Department, as part of a wider push by the Biden administration, issued a comprehensive strategy to address environmental justice that includes prioritizing enforcement of both environmental laws and the Civil Rights Act. At the same time, Attorney General Merrick B. Garland announced the formation of an Office of Environmental Justice, housed within the Environment and Natural Resources Division.
“It’s true that any of us could be exposed to environmental contamination, feel the worsening effects of climate change or fall victim to environmental crime. But it’s also true that communities of color, low-income communities and tribal communities bear these hardships disproportionately,” Todd Kim, assistant attorney general for the Environment and Natural Resources Division, said Friday.
National Texas