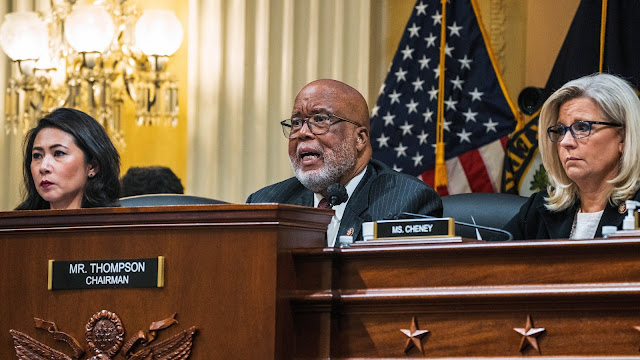 The House select committee investigating the Jan. 6, 2021, Capitol insurrection issued a subpoena to the U.S. Secret Service on Friday following reports that the agency deleted texts messages dated back to Jan. 5 and 6, 2021.
Committee Chairman Benny Thompson (D-Miss.) said in a release that the committee is seeking the relevant text messages and any “after action” reports that were issued in any divisions of the Secret Service relating to the Jan. 6 insurrection.
Thompson sent a letter to Secret Service Director James Murray informing him of the subpoena.
The Department of Homeland Security Inspector General Joseph Cuffari told the House and Senate Homeland Security committees in a letter released Thursday that texts from Jan. 5 and 6, 2021, were erased as part of a “device-replacement program.”
“The USSS erased those text messages after OIG requested records of electronic communications from the USSS, as part of our evaluation of events at the Capitol on January 6,” Cuffari said.
According to his letter, DHS claimed that the Office of the Inspector General could not provide records directly to Cuffari until they were reviewed by lawyers.
A Secret Service spokesman said in a statement after the texts’ deletion was revealed that the messages related to the investigation into Jan. 6 were not affected by the reset.
He said the agency had been cooperating with the inspector general’s investigation and rejected the “insinuation that the Secret Service maliciously deleted text messages following a request.”
The Secret Service did not immediately return a request for comment from The Hill on the subpoena.
The Secret Service has garnered nationwide attention in recent weeks after bombshell testimony from Cassidy Hutchinson, a former aide to ex-White House chief of staff Mark Meadows.
Hutchinson testified that she heard an account of former President Trump attempting to lunge at a Secret Service agent and grab at the steering wheel of a presidential vehicle after he was told that he could not go to the Capitol during the riot.
Posted by High Plains Pundit on July 16, 2022
Email ThisBlogThis!Share to TwitterShare to FacebookShare to Pinterest
Tags: National