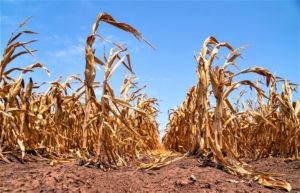 Grain prices remain strong, but heat and drought have taken a toll on Texas crop acres, which could impact supplies and prices in the short- and long-term, according to a Texas A&M AgriLife Extension Service expert.
Mark Welch, Ph.D., AgriLife Extension grain economist in the Department of Agricultural Economics, Bryan-College Station, said Texas appears to be facing much lower grain production in 2022 compared to the previous year. The likely outcomes coupled by high demand are putting a premium on grain prices despite recent dips in the market.
Wheat yields were abysmal for much of the state, he said. Corn and sorghum projections do not appear to be much better as producers in the southern half of the state continue harvesting.
Cash wheat, corn and sorghum grain prices are strong but not as strong as they had been in late May, Welch said. For instance, wheat prices were $3.86 per bushel in August 2020 before starting a steady climb to more than $8 per bushel prior to the Feb. 24 Russian invasion of Ukraine. Prices quickly jumped to more than $11 per bushel before peaking at $12.62 per bushel on May 26.
Cash wheat prices have fallen relatively quickly to $8.27 per bushel on July 14. Corn and sorghum grain prices took a similar path, though the post-invasion spike was less dramatic. Corn climbed from $3.41 per bushel in February to around $6.50 per bushel before the invasion. Corn prices peaked at $8.92 per bushel by June but fell back to $6.48 per bushel as of July 14.
“Cash prices for feed-grade grain in Texas are still at a premium,” he said. “We’re still living on supplies, and harvests in southern parts of the state are trickling in, but yields are below average.”
Heat, drought taking a toll
The Coastal Bend and South Texas corn and sorghum crop harvests are well underway, but the heat and drought have taken their toll on grain production. Many producers from those regions were reporting below-average to poor yields.
Harvests from those regions are some of the first to hit the market and begin to replenish supplies, Welch said.
Many producers in regions where corn and sorghum plants are still progressing were reporting poor to fair crop conditions with some reports of fields being salvaged as forage for cattle.
“It’s just going to be a tough year for producers to find a profit,” he said. “Grain prices are relatively high, but input costs for everything from fuel to fertilizer are high too. Producers need every penny.”
Welch said cattle on feed and the short-term feed demand spurred by drought-stricken rangelands and pastures were contributing to the tightening supplies and higher grain prices.
AgriLife Extension reports from around the state indicate cattle producers were moving calves earlier and culling herds deeper than usual. Sale barns around the state have been reporting higher sale volumes over the last few months, but high sale numbers are picking up in historically wetter parts of the state, particularly East Texas.
Welch said feed-use numbers have been strong this year for all livestock, but cattle producers around the state are experiencing below-average hay and grazing capacity.
“The question is how long that can continue before cattle producers work the numbers or run out of grazing and supplemental feed substitutes they can use to efficiently feed grain?” he said.
Uncertain future for crops, prices
The U.S. Department of Agriculture added around 400,000 acres of corn to its planted acre estimates in a recent report. Welch said growing conditions in the nation’s Corn Belt are much better than last year and good crop ratings were emerging as well.
But western parts of the Corn Belt are experiencing high temperatures as the crop progresses through stages sensitive to heat. How those acres fare will likely impact longer-term yields and ultimately grain prices.
Welch said the USDA made the harvest-area adjustment based on a June acreage survey but held the U.S. yield estimates for 2022 steady at 177 bushels per acre. Yield estimates remain unchanged since May.
“Further down the road is more uncertain,” he said. “We need every bushel and every acre. The umbrella over all the markets is the economic slowdown and what that could do to demand on everything from corn to crude oil and cattle. That is an overarching concern.”
Farm and Ranch