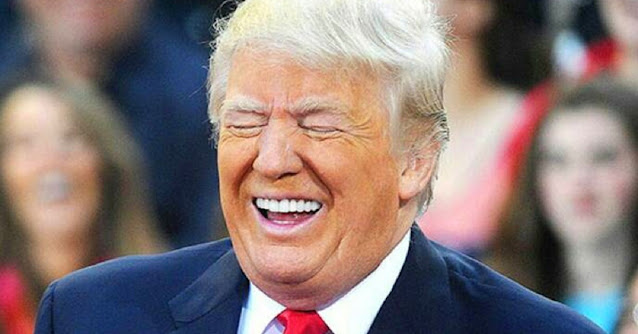 Poll after poll showing voter discontent with President Biden and the economy is cementing Republicans’ sense that a GOP House majority is all but inevitable, while boosting their hopes about taking control of the Senate and flipping some gubernatorial and state-level seats.
“The cake is pretty well baked at this point in favor of the Republicans taking control of the House,” said GOP consultant John Thomas. “The Republicans would have to willfully work to screw it up. Doesn’t mean it’s impossible.”
A New York Times survey highlighted on the paper’s front page on Monday punctuated the grim environment for Democrats. Just a quarter of Democratic voters said Biden should be the presidential nominee in 2024, and the sentiment that the U.S. is headed in the wrong direction has hit 77 percent, the highest since the height of the 2008 financial crash.
The survey is in line with numerous other recent ones finding Biden’s underwater approval rating.
In an environment like this, and barring any earth-shattering changes, analysts say, the biggest liability for swing-seat Republicans are themselves. And while there is near-universal optimism that Republicans will win the House, the Senate and governorships are less certain.
“Absent a miracle, there is no chance [Democrats] hold the House in November, and their only hope in the Senate will be Republicans choosing terrible candidates, which they have proven very capable of doing,” said Rory Cooper, a veteran GOP strategist.
Republicans need to net only one seat to win control of the Senate, but the electoral landscape there is trickier and more based on individual candidates and races than in the House.
“I think those candidates have some work to do. If they can get it within striking distance, the wave should put them over,” Thomas said.
Sarah Longwell, an anti-Trump GOP strategist, pointed to candidates such as Hershel Walker, the Trump-backed GOP Senate nominee in Georgia who was recently revealed to be the father of three previously unknown children, being liabilities for Republican hopes of winning key races.
Though it is a “broadly very favorable environment for Republicans,” Longwell said, she could see a scenario where “Republicans do really well, they take the House, but they lose a lot of these individual Senate races because they’ve nominated cranks and extremists.”
GOP operatives, however, point to Democrats signaling a poor strategy on their part in key races.
Democratic political groups spent around $5.5 million trying to amplify the most conservative candidates in the Colorado GOP Senate primary, but failed in keeping construction company owner Joe O’Dea from becoming the nominee to challenge incumbent Sen. Michael Bennett (D). O’Dea’s win prompted Roll Call election analyst Nathan Gonzales to move the race from “solid Democratic” to “likely Democratic.”
And Republicans say that many issues that Democrats are focusing on — such as abortion, revelations about former President Trump from the House Jan. 6 select committee and “Ultra MAGA” extremists — are not sticking.
A poll of likely voters in swing states commissioned by the Republican State Leadership Committee, which supports down-ballot state-level candidates, and conducted in the days after the Supreme Court overturned Roe v. Wade found that more voters named inflation, the economy and crime as top issues than pointed to abortion.
“While abortion is an issue people care about, the data makes clear that it is not among the top issues that will drive voting behavior in November. Instead, this election will remain about Biden’s failing economy,” a memo accompanying the poll said.
In the New York Times survey released Monday, just 5 percent of voters named abortion as their most important issue.
“The January 6 committee has not moved the needle against the Republicans in the midterm cycle really in the slightest,” Thomas said. “Like, it’s not even in the top five issues of concern of voters.”
Republicans point to the GOP Gov. Glenn Youngkin’s off-year 2021 gubernatorial win in Virginia, where education and the economy were top issues for voters, as a key indication of where 2022 races are headed. In that race, Democratic nominee and former Gov. Terry McAuliffe unsuccessfully tried to tie Youngkin to Trump.
The Republican Governors Association last year named eight Democratic-controlled states where Biden performed similarly or worse in 2020 than he did in Virginia, seeing them as within reach.
“In races up and down the ballot, Democrats are throwing every issue they can think of at the wall in the hopes of distracting voters from the overwhelming stress Biden’s inflation is having on their monthly budget, but it’s just not working,” said Joanna Rodriguez, a spokesperson for the Republican Governors Association. “Republican governors and candidates are addressing them directly by telling voters about the policies that led to stronger recoveries in Republican-led states compared to their Democrat-led counterparts, and sharing their ideas for helping folks get the relief they need.”
There could be a few instances even in House races, though, where Republican candidates lose an edge, or where some lower-tier issues take more prominence.
In Virginia’s 7th Congressional district, where Rep. Abigail Spanberger (D) is hoping to hold on to her seat, the Democratic Congressional Campaign Committee took out a billboard to showcase GOP nominee Yesli Vega’s comments expressing doubt that a woman could get pregnant after getting raped.
A Pew Research Center survey conducted from June 27 to July 4 found that 57 percent of adults disapprove of the Supreme Court’s decision in Dobbs overturning Roe v. Wade.
Another factor that could drastically change the dynamic for Republicans: Trump. A Trump decision to launch a 2024 campaign early would require many campaigns to reassess their strategies, making this November’s election less of a referendum on Biden.
“Republicans should be optimistic, but also recognize that voters aren’t really happy with them either and they should actually try and govern if given the chance rather than offer up a different type of circus,” Cooper said.
National