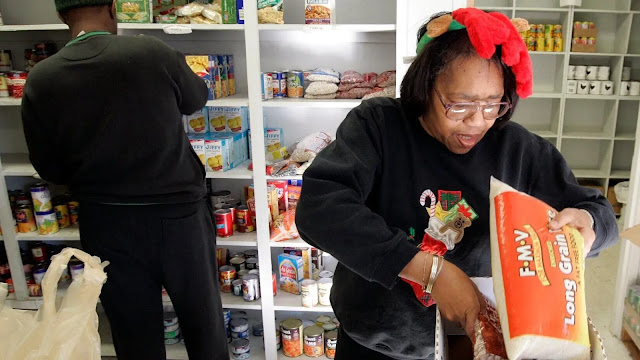 The House Veterans' Affairs Subcommittee on Economic Opportunity held a hearing Monday focused on addressing high food insecurity rates among veterans.
With inflation at a forty-year high of 8.6%, according to the Consumer Price Index, food and other necessary goods have become more expensive in the past year. Still, Research Economist Matthew Rabbit at the Economic Research Service reported during the hearing that veterans do not use food and nutrition assistance programs, like SNAP, as much as the general population.
"Despite higher predicted rate to food insecurity among veterans than non-veterans, according to the Center on Budget and Policy Priorities, only 7% of veterans are estimated to have participated in SNAP between 2016 and 2018, a much lower rate than the non-veteran population," Rabbit said.
When asked why this was the case, Rabbit said that he does not currently have any research analyzing what might be the reasons behind veterans not using these programs.
U.S. Rep. Barry Moore, R-Ala., said he believed a sense of pride might be what holds veterans back.
"You got these purple heart parking spaces that we put into law, and none of the veterans will use it because it's like, it's almost like pride for them," Moore said. "I mean, it's like they don't want to ask for help."
Anahid Brakke, CEO and president of San Diego Hunger Coalition, agreed and said she thinks the main issue prohibiting veterans from using nutrition programs was a sense of pride and the stigma associated with using governmental welfare programs.
"I think that it's, they're probably the most, as it was mentioned earlier, the most proud and the least, um, the most ashamed," Brakke said. "When our national level rhetoric continues to look at SNAP, as you know, a bunch of freeloaders, how do we expect our veterans to go with pride and ask for help?"
Karla Samayoa, director of Safety Net Services at 211 San Diego, said that educating people on the power of food benefits could help alleviate the stigma associated with nutrition programs.
"Educating people on the power of food benefits, on how food is health, showing people, you know that, how Cal Fresh could stretch your food budget, your grocery budget, and your household budget, I think is really important," Samayoa said.
Brakke said that an additional obstacle facing veterans that needs to be addressed is the process for using SNAP programs, as it is too focused on fraud prevention.
"We have to also look at the SNAP process, which is oriented towards fraud prevention so heavily that it's, that's what makes it so discouraging," Brakke said.
Posted by High Plains Pundit on July 11, 2022
Email ThisBlogThis!Share to TwitterShare to FacebookShare to Pinterest
Tags: National