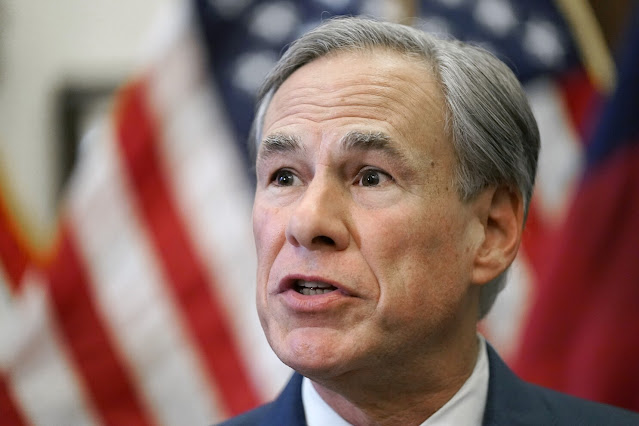 A Fifth Circuit panel of judges has handed Gov. Greg Abbott and Attorney General Ken Paxton another win, this time upholding the governor’s order prohibiting school districts from imposing mask mandates.
In response to the ruling, Paxton said, “Texas public school kids can start this school year free from masks!”
Judge Andrew Oldham, writing for the majority, vacated a district court’s injunction this week imposed on Abbott’s executive order GA-38, which prohibited school districts from imposing mask mandates as a condition to receive in-person instruction. Abbott’s order remains in effect unless the Fifth Circuit’s ruling is overturned.
Oldham ruled “the district court lacked subject-matter jurisdiction” and vacated the lower court’s injunction. He also remanded the case to the district court “with instructions to dismiss the suit without prejudice.”
In July 2021, Abbott issued Executive Order No. GA-38. Among other things, it prohibited governmental entities, including public school districts, from imposing mask mandates. It stated, “No governmental entity, including a . . . school district . . . and no governmental official may require any person to wear a face covering or to mandate that another person wear a face covering.” The order specifically stated that it “shall supersede any face-covering requirement imposed by any local governmental entity or official.”
Seven students with disabilities sued through their respective parents, arguing the order violated the Americans with Disabilities Act, the Rehabilitation Act, and the American Rescue Plan Act.
U.S. District Judge Lee Yeakel ruled that GA-38 violated the Americans with Disabilities Act because it prevents "disabled students’ access to public education."
But the order, Abbott and Paxton argued, didn’t prevent anyone from attending school. Anyone who wants to wear a mask can, wearing one is simply optional, not mandatory.
Additionally, Yeakel’s decision prohibited Paxton from suing school districts that defied the order. The districts continued requiring students to wear masks during in-person instruction during the 2021-2022 school year.
Paxton said he “strongly disagreed” with Yeakel's opinion and appealed. Eight months later, the Fifth Circuit ordered the district court judge to dismiss the students’ lawsuit.
“The audacity of rogue superintendents across Texas openly violating state law last year was alarming," Paxton said. "These are the community leaders that are supposed to be models for our youth to look up to, but instead they became political activists and abandoned their duties as educators. It is long past time for Texas educators to put aside their political agendas and focus on the crucial task of educating our Texas children.”
The students argued that “without mask mandates,” it was “simply too dangerous” to attend in-person instruction. But they couldn’t prove their claim, Oldham wrote, saying “the injury they’ve alleged is not a cognizable injury in fact, and they may not [re-lable] their injury as something it’s not.”
Oldham also chastised the lower court, arguing, “Perhaps recognizing that the increased risk claims face insurmountable roadblocks, both the district court and plaintiffs attempted to reframe the relevant injury. The district court, for example, characterized the injury as ‘the deprivation of reasonable access to in-person schooling on an equal basis with their non-disabled peers.’ They contend the ‘core’ of their claimed equal access injury is ‘denial of case-by-case decision making.’”
But Oldham said there were four problems with this approach and ultimately, their argument was baseless.
All of the plaintiffs had physical access to their classrooms, he noted, and some of the plaintiffs attended in-person instruction regardless if their schools imposed mask mandates. Because of this they couldn’t claim their injury was denial of reasonable access to schools, he argued.
He also argued that Paxton enforcing the order couldn’t be linked to increased-risk of injury stemming from the order itself. The fact that masks may decrease the risk of COVID infection in group settings, an argument used by the plaintiffs, failed to support their argument that mask mandates were the only way to adequately reduce the risk of contracting COVID-19.
Judge W. Eugene Davis issued the lone dissent, saying he “strongly disagreed” with the majority’s conclusion and that the plaintiffs proved their arguments.
Posted by High Plains Pundit on July 27, 2022
Email ThisBlogThis!Share to TwitterShare to FacebookShare to Pinterest
Tags: Texas