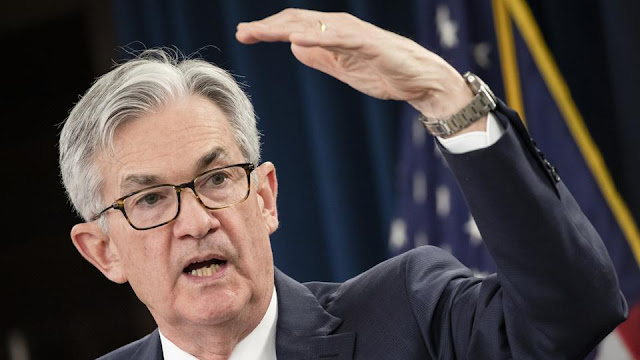 The economy is giving the Federal Reserve little reason to shift its strategy of raising interest rates to lower inflation.
A Friday jobs report showed employment growth exceeding expectations in June despite rising recession fears and plunging consumer confidence. The U.S. gained 372,000 jobs last month, according to the Labor Department, beating the consensus estimates of economists by almost 100,000.
Job growth has slowed slightly since the start of the year, but economists had expected it to fall off harder in June under the weight of Fed rate hikes.
A recent dip in oil and commodity prices, easing pressure on supply chains and slowing housing sales have boosted optimism among economists that relief from inflation may be on the way.
Even so, a small move in the direction of lower inflation is unlikely to convince Fed officials to ease up on rate hikes and risk losing their chance to bring down prices without triggering a recession — a careful balancing act known as a “soft landing.”
“There’s no reason for them to reconsider that approach. That approach may be consistent with the sort-of soft landing that they’re hoping for,” said Julia Pollak, labor economist at ZipRecruiter, in a Friday interview.
After holding off on rate hikes as inflation rose in 2021, the Fed has sprinted to make up for its mistakes with a series of rapid increases over the past four months. The Fed has raised its baseline interest rate range by 1.5 percentage points since March, including by 0.75 percentage points in June alone.
Fed Chairman Jerome Powell and other top Fed officials say the bank will not stop raising rates until they see signs of inflation moving steadily toward their annual target of 2 percent. The personal consumption expenditures price index, the Fed’s preferred gauge of inflation, rose 6.3 percent annually in May, more than three times higher than the bank’s ideal level.
Claudia Sahm, a macroeconomist and former Fed research director, also said the nation is seeing “a much slower” pace of inflation than witnessed last spring, though she cautioned the nation saw a similar pattern during the pandemic.
“Last summer, we saw this same pattern, where month-over-month inflation was stepping down. This was where term transitory came from,” Sahm said. “It looked like inflation was slowing, and then delta came and omicron came, and it just went right back up, and it was very high again.”
The Fed is hoping to raise interest rates quickly enough to slow the pace of spending and hiring without halting the economy. Higher interest rates also tend to weaken the stock market and reduce home values, which also prompts consumers to pull back on spending.
With less demand for goods and services, the Fed is aiming to force businesses to stop raising prices and wages. Experts have pointed to signs inflation is slowing, as the effect of temporary disruptions, such as supply chain issues and the coronavirus pandemic, have eased on the economy.
Major retailers such as Amazon, Walmart and Target turned heads last month when they slashed their earnings forecasts and said they overinvested in warehousing and inventory. Their announcements triggered speculation that prices for goods could soon tumble, taking the steam out of inflation.
Mark Mathews, head of research for the National Retail Federation, said those hopes are largely overblown. He explained that the items most likely to go on sale are those no longer in high demand, not the core essentials at the heart of rising inflation.
“The numbers aren’t big enough to make a dramatic impact. We’re not going to see a big let-off from inflation just because we’re having random sales here and there,” he said.
Gas prices have also come down recently after average costs reached as high as $5 per gallon last month. But those prices may not be here to stay, as economists note the impact of the ongoing war in Ukraine and the volatile tendency of energy indexes.
“Gas prices have gone down some, but a couple months ago, we saw that and then they went back up,” Sahm said.
The Fed can reduce the ability of people and businesses to pay for higher prices, but higher interest rates can do little to end the war in Ukraine’s impact on oil, food and commodity supplies.
The central back has historically ignored supply shocks — such as the ones that drove inflation higher last year — but Powell says the Fed no longer has the ability to wait for such forces to pass.
“Since the global financial crisis, we’ve had very low inflation in the United States,” Powell said at a central banking forum in Portugal last month. “That world seems to be gone now, at least for the time being.”
While the Fed often runs point when it comes to fighting inflation, Sahm and other economists say the Congress and the White House could be doing more to provide help, noting the central bank has “no tool to deal with” high energy and food inflation squeezing consumer budgets.
Adam Ozimek, chief economist at the Economic Innovation Group, also said lawmakers should be “encouraging more energy production.”
“They should have been doing this, six, seven, eight months ago, trying to do whatever they can to encourage energy production to reduce that source of inflation,” he said.
Though higher Fed rates are likely on the way, the resilience of the economy so far may give the bank more room to ramp up pressure on inflation. And if supply shocks continue to ease, Pollak said the Fed could still steer the U.S. toward lower inflation without a major downturn.
“It’s possible that we won’t get a recession, [but] just get sort of a period of stagnation, slow growth, and possibly two negative quarters of growth,” Pollak said. “But that does not a recession make.”
Posted by High Plains Pundit on July 08, 2022