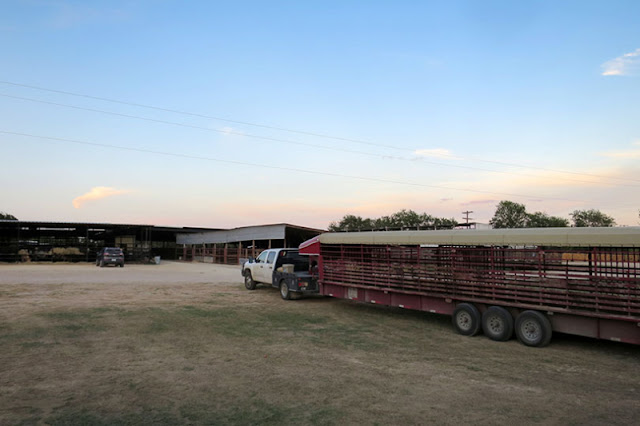 Long lines at Texas livestock auctions made national news recently, as ranchers liquidate herds due to the ongoing drought. But the cattle market has held up surprisingly well this summer despite an increased number of cattle going to market.
“We have a huge amount of drought liquidation going on,” Texas A&M Livestock Marketing Specialist David Anderson said.
But not all cattle sales are related to drought. Anderson noted it’s also a reflection of the lack of profitability in the cow-calf sector.
“Some of this liquidation of cows has to do with calf prices that have not kept up with higher input costs,” he said. “But certainly, drought is a huge part of this.”
The nation’s cow herd has been shrinking for the past two years, but this summer’s drought is sending much of the breeding herd to the processing plant. That will cut into calf numbers for the next two to three years.
“Beef cow slaughter has been running over 80,000 head a week,” Anderson said. “We’ve had several weeks in a row over that level, and that’s the biggest cow slaughter in a decade.”
That level of cow herd liquidation hasn’t been seen since the drought of 2011, and Anderson said a 4% decline in the nation’s cow herd could be expected next year.
In the northeast Texas Panhandle, ranchers are struggling with drought, but they’ve been luckier than most in the state.
“We’re in an isolated area, and it’s kind of an exceptional situation,” Hemphill County Extension Agent Andy Holloway said. “We’ve had about nine inches of rain here since the end of April. It’s been sort of a garden spot here compared to the rest of the area.”
Holloway said he’s hearing from ranchers across the state about the problems the drought is causing.
“Most people depend on dirt tanks or ponds to water their herds,” he said. “If they run out feed, hay and water, they don’t have a choice but to either move their cows somewhere or sell them.”
Over the past two weeks, the majority of cattle sold have been mature cows going to the packer, Holloway said.
While this is a sad situation for the Texas cattle sector, there could be a silver lining for those ranchers who can stay in business, Holloway noted. This is a scenario similar to the 2011 drought, where the cow herd was reduced, and cattle prices hit record highs in the years that followed.
“This is a scenario that is very similar to ’11 and ’12,” Holloway said. “Remember what happened in ’13, ’14, and ’15. They were record prices. I think we’re on a parallel trend to experience that again.”
Posted by High Plains Pundit on July 21, 2022
Email ThisBlogThis!Share to TwitterShare to FacebookShare to Pinterest
Tags: National, Regional, Texas