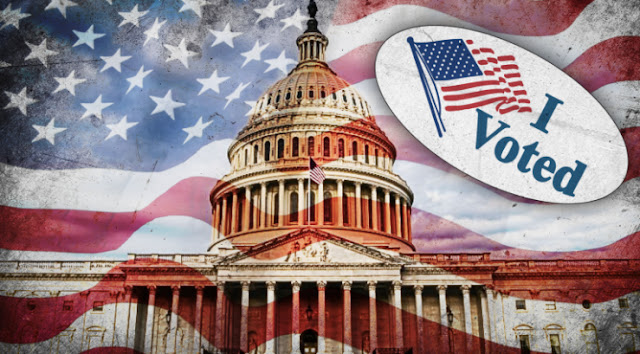 The American presidential-election system is purposely decentralized: Popular votes are counted and electors are awarded at the state level, and Congress then tallies the votes, with the vice president presiding. Contests over which votes to count are handled by state elections officials and state and federal courts. Congress reserves the power to resolve serious disputes over who won a particular state, but has attempted since the 1887 passage of the Electoral Count Act to provide clear rules of the road so that such disputes are resolved well before they reach Congress.
This system held up under enormous stress created by Donald Trump’s challenge in 2020. Its success in surviving that test cautions against radical change. But 2020 revealed ambiguities and vulnerabilities that could be reduced by prudent reform, in order to prevent a repeat of January 6. We have previously urged Republicans in Congress to support such reforms.
Now, a proposed bipartisan bill, the Electoral Count Reform Act, is on the table. With nine Senate Republican co-sponsors and the support of key Democratic moderates, the ECRA stands a serious chance of passage and has apparently sidelined a more ambitious bill being developed by Senator Amy Klobuchar. The ECRA is not perfect, and it could use some improvements to its language, but it deserves Republican support.
First, the ECRA effectively adopts James Baker’s mantra from 2000 as federal law: States cannot change the rules after Election Day. Pursuant to Congress’s Article II power to “determine the Time of chusing the Electors,” it provides that electors “shall be appointed, in each State, on election day, in accordance with the laws of the State enacted prior to election day.” This would explicitly bar state legislatures from overriding an Election Day popular vote by meeting after Election Day to appoint their own electors. It would also strengthen the case against judges writing creative new rules after an election.
The Election Day rules also narrow the circumstances in which states can declare that no candidate was chosen on Election Day, limiting this to “extraordinary and catastrophic events” defined by prior state law (such as the New York City mayoral primary scheduled for September 11, 2001, when it was impossible to finish voting and a revote had to be held).
Second, the ECRA tightens the requirements for state governors to provide a single, conclusive certification of state election results and provides expedited court proceedings to ensure that litigation is concluded in time for the governor to meet the certification deadline (an issue in Florida in 2000 and a source of some complaints in 2020). This reduces the running room for other state officials to file competing slates of electors with any patina of legitimacy.
Third, the ECRA clarifies the stance properly taken by Mike Pence in January 2021: The vice president’s role in presiding over the joint session and counting the electoral votes is “limited to performing solely ministerial duties,” with “no power to determine, accept, reject, or otherwise adjudicate or resolve disputes” over the electors. The framers of the Twelfth Amendment, adopted when Aaron Burr was vice president, never meant to lodge sweeping power in the sole hands of the vice president. Kamala Harris should breathe easy that this would prevent her from facing the same trial in 2025 as Pence, and the rest of the country should be relieved that she will not be tempted to exercise any such power.
Fourth, the ECRA requires a fifth of each house of Congress — currently 87 members of the House and 20 senators — to consent before a vote may be held on a challenge to electors. That threshold would have prevented challenges in 2005 and 2021 from coming to a vote. Current law allows just a single member of each chamber before an objection is heard. The ECRA does not raise the threshold for throwing out a state’s certified electors beyond a simple majority of both houses, because of concerns over whether Congress could legally bind a future Congress that was determined to do so by majority vote.
The ECRA states that “the only grounds for objections” are that electors were not lawfully certified, or that “the vote of one or more electors has not been regularly given.” In light of the mischief created by efforts to read the phrase “regularly given” to include any challenge to the regularity of the underlying election, we would prefer to see a definition of this term made explicit, but the new language at least does no further harm.
Finally, the ECRA includes a separate section to clarify the presidential transition process following a disputed election. There are also companion bills pending to expedite the delivery of mailed ballots and strengthen criminal penalties for voter intimidation or altering or destroying election records. These are more modest and less urgent proposals, but they, too, deserve support.
The political reality is that there is just a narrow window in which to get this done. Enacting electoral-count reform will only get more difficult as the next presidential election approaches. Democrats, including President Biden, have dragged their feet on ECA reform until they could convince their voting base that no broader voting or elections bills had the votes to pass. House Republicans have been less receptive to reform, so the chances of bipartisan legislation may dim in 2023. Nor should the Senate wait for a lame-duck session, when there might be disputes ongoing as to the outcomes of some midterm races. Avoiding serious election disputes, and promoting confidence in their swift and sure resolution, should not be a partisan issue. The time to fix the gaps in the roof is now, before the rains come again.
Posted by High Plains Pundit on July 26, 2022
Email ThisBlogThis!Share to TwitterShare to FacebookShare to Pinterest
Tags: National