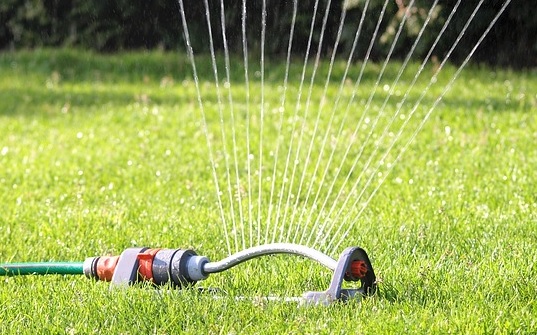 As part of its 2019 Drought Contingency Plan approved by Amarillo City Council, the City of Amarillo is asking residents and businesses to follow Stage 1 of the plan, which consists of a voluntary outdoor watering schedule.
According to the resolution, Stage 1 of the plan is implemented when demand or normal operating condition results in a drawdown of the reservoir to or below approximately 60 percent of its capacity or when total daily water demand equals or exceeds approximately 70 percent of the available water production capability for five consecutive days.
“A significant amount of Amarillo’s daily water supply is used for outdoor watering, primarily the watering of lawns,” said COA Assistant City Manager Floyd Hartman. “Amarillo summers can be extremely hot and dry. If residents can follow a voluntary schedule for watering their lawns, this helps decrease the daily demand on our water supply.”
Stage 1 of the Drought Contingency Plan includes voluntary outdoor watering based on odd and even-numbered addresses. Odd-numbered addresses may water on Sundays, Tuesdays and Thursdays. Even-numbered addresses may water on Mondays, Wednesdays and Fridays. Residents are asked not to water on Saturdays. Residents are asked to water lawns between the hours of 10 p.m. and 6 a.m. and to water lawns no more than three times a week to conserve water.
Amarillo has been above the daily water usage goal of 68 million gallons a day since July 5. Daily water usage data can be found at: bit.ly/3Ppql83
“A voluntary outdoor watering schedule can really have a profound impact on the amount of water we use on a daily basis,” Hartman said. “It has been since at least 2012 that the city has asked residents to water only on certain days. Our citizens can really make a difference.”
The resolution approving the city’s 2019 Drought Contingency Plan can be found at: www.amarillo.gov/home/showpublisheddocument/23835
Local