CHIPS bill may sabotage U.S. efforts to get on a more competitive footing 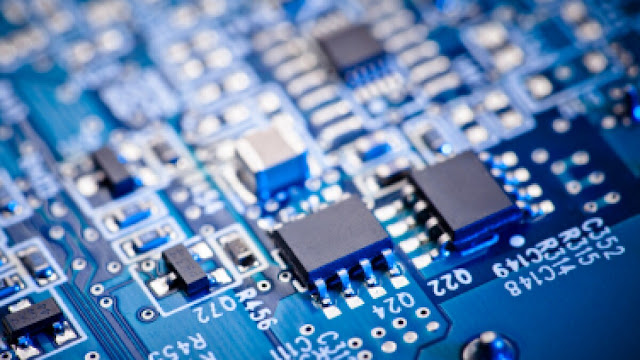 The CHIPS legislation advancing rapidly through the Senate is many things. It is an industrial-policy bill and a handout to the higher-education industry. It’s a bill intended to further entrench progressive pieties on diversity and equity within the federal bureaucracy. And it is expensive. What it is not, however, is a tool for improving Washington’s lot in the competition with the Chinese Communist Party.
After over a year of back-and-forth, lawmakers seem poised to converge on a final version of the so-called U.S. Innovation and Competition Act this week. At first, it seemed that the final package would contain about $52 billion in subsidies for semiconductor manufacturing and some miscellaneous other provisions. But, as lawmakers realized that a larger version of the package remained politically feasible, the package ballooned. The most recent version, put forward by Chuck Schumer, strongly resembles the original, disappointing version that the Senate passed last year. That’s the main problem. Sixty-four senators, including 16 Republicans, voted to advance the bill last Tuesday.
Just as it was last time, the latest Senate proposal is light on measures intended to give America the advantage vis-à-vis China; in the thousand-page text advanced last week, there are eleven mentions of the word “China.” Most of the legislation instead focuses on semiconductor-manufacturing subsidies and a massive $80 billion boost to the National Science Foundation. Meanwhile, there’s no meaningful investment in the government agencies that have a direct bearing on American competitiveness: the Defense Advanced Research Projects Agency, the Commerce Department’s export-control cell, the Justice Department’s foreign-agent enforcement unit, and the Treasury Department’s sanctions office. Unsurprisingly, the Schumer-advanced version lends itself to fashionable left-wing causes via the NSF, establishing a chief diversity officer and fast-tracking government-funded climate-change research. It’s not clear why this emphasis on NSF is germane to a purportedly China-focused bill, other than to serve Democrats’ political purposes.
In fact, this new CHIPS bill may be more likely to sabotage U.S. efforts to get on a more competitive footing. This version strips out previous, encouraging measures passed by the Senate last June that funded efforts to counter Chinese Communist Party propaganda and made it easier for U.S. officials to interact with their Taiwanese counterparts. The Schumer version contains none of that. In fact, rather than merely omitting promising proposals, this bill also creates a carve-out allowing the National Science Foundation to partner with Confucius Institutes, for reasons that are unclear. What is clear is that such a step would reverse the progress made in dismantling those outposts of Beijing’s influence on American college campuses in recent years.
The Biden administration claims that Congress needs to send the subsidies to the president immediately to avoid a massive strategic failure; meanwhile, Intel and other chips firms are threatening to pull back on chip-plant openings on U.S. soil if Congress fails to pass the chip subsidies this year. Meanwhile, reports say that some senators have been swayed by classified briefings delivered by top administration officials supportive of the chips subsidies. But if their brief is so compelling, they should make their case publicly. It’s also unclear why the chips subsidies are still necessary even as the global chips shortage shows signs of easing. And whatever the case for semiconductor subsidies, they should come after we grant the industry relief from tariffs that raise its manufacturing costs.
The talks are still in flux, and, if last week is any indication, the contours of the legislation could change dramatically in the coming days. Some national-security hawks are working to salvage the bill. Senator Marco Rubio put forward three proposals on Friday to fund the FCC’s efforts to eliminate Huawei and ZTE equipment from U.S. telecom networks, and place stringent security restrictions on the research and chips funding. His amendments would serve to significantly improve the legislation, if adopted.
But the fact that 16 Republican senators lined up to advance debate on the bill last week is discouraging. The current CHIPS measure isn’t really a counter-CCP package, and the GOP might stand a better chance of pushing their own, much sounder legislation if they wait until the next Congress.
Opinion